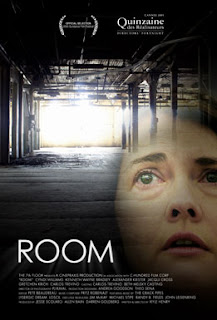 Kyle Henry's Room is a brooding and mysterious work, one that challenges the viewer time and again through its brief 70+ minute running time as it follows a woman either hopelessly in the throes of mental illness, or deeply embedded in a supernatural conspiracy plot. The woman in question is named Julia (a fantastic Cyndi Williams), and to say that her life is stuck in a rut would be the understatement of the year. She's unhappy and out of shape, trapped in a dead end job at a bingo hall with a drug addicted boss who can't bother to pay her an entire paycheck, and is married to a kindhearted but temperamental and ineffectual husband whom she has two children with, one which makes it a point to defy her at every available moment. Christmas is at hand, there's no money around, and to top it all off Julia begins experiencing debilitating migraine headaches which cause her to lose consciousness. As these headaches continue to plague her, they are soon accompanied by odd and abstract visions depicting a large, barren warehouse room with a single window. One day, overwhelmed with everything, Julia is compelled to steal a wad of cash from her work and abandon her family, hitching her way to New York in search of this mysterious room.

Is Julia merely crazy? Could she be operating under some form of schizophrenic delusions? Or is there something else to the visions, some otherworldly force pulling her to this specific place for some unknown reason? Are we witnessing an abstract psychological portrait or some sort of nebulous sci-fi tale? It's a simple yet interesting premise, and the film proudly wears its ambiguities and abstractions on its sleeve. Director Henry does an excellent job of leaving the door open to all possibilities at all times without ever having the film's more opaque aspects come across as arbitrary and willfully elusive just for the sake of being so. There is a great feeling of fragility to Julia's situation, and the success of Room of course largely hinges on the performance of Cyndi Williams. She does an excellent job giving the character a perfect mixture of wit and unease, and conveying at all times the feeling of a woman-on-a-mission who's also trapped in a suffocating void of isolation and confusion. In fact the most successful scenes in the film are the ones where Julia is simply wandering around the New York streets, alone and petrified, but not without purpose, as she scours the intimidating cityscape for an answer, any answer. There is a raw intensity to these scenes that manages to further blur the line for the viewer in regards to whether we are watching simply an ill woman in need of help or an unwilling participant in a mysterious crusade. The film's style is minimalist and shot mostly in handheld, and this distinct lack of flash is to its benefit and only adds to the palpable sense of dread and despair and profound mystery that permeates throughout.

It's a plot that would be ripe for Hollywood to screw up by injecting it with all kinds of razzle dazzle and extraneous narrative bells and whistles. Here however we are presented with only the bare essentials; a troubled woman, and a destination that may or may not exist. In a bold move (one many would probably call a cop-out), Henry opts to end the film foregoing any sense of closure or explanation, instead choosing to exit on a subtly downbeat moment, a moment that on its surface appears as just another bump in the road on Julia's journey, but one that could in fact be a massive crossroads in her life. The last thing shown is a brief visual montage that seems to give the mysterious room a universality and hints at it having deeply metaphorical implications. Now while I could understand someone feeling cheated by this ending and labeling it as an unsatisfying cop-out, to me it feels in-line with the director's vision and has a certain amount of poignancy attached. Life is often full of obstacles and mysteries, and void of answers and easy ways out. Room is a movie that presents a life being lived on the brink, full of emotion and intensely in the moment, and for it to have stepped outside of itself to provide a pat answer would have felt insincere. It's a movie that begs deep reflection and consideration, and in it's own quiet way manages to create a powerful impact. 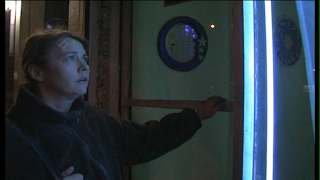 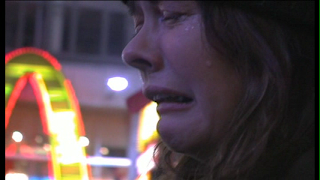 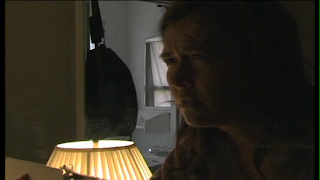 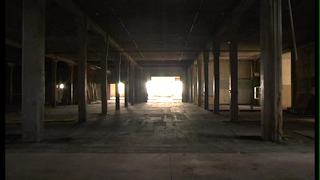 Posted by Drew McIntosh at 9:00 AM

Your review is very well-written and interesting. Thank you for the kind comments. Having watched the film 20 plus times at various screenings, I find the ending soothing, like ending a yoga workout with meditation. From Cyndi Williams.

Thank you very much for dropping by and commenting Cyndi! The film really stuck with me. Your feelings on the ending are quite striking, and I definitely found a kind of catharsis and calm in its final images. I look forward to exploring some of your other work. Best wishes.

It's definitely quite a testament to Drew's writing that Ms. Williams stopped by here. Somehow I missed this one in 2005, and never caught up to it, but I'll get to it now very soon.

"The last thing shown is a brief visual montage that seems to give the mysterious room a universality and hints at it having deeply metaphorical implications."


It sounds like quite the thought-provoking work, and the plot recalls the Hitchcock classic SUSPICION, with a dash of SPELLBOUND thrown in, and the essay is beautifully penned.

Thanks for the comment Sam! Love the Hitchcock comparisons, the Spellbound one being particularly salient as both films manage to create similar anxieties within their respective dream haze as the events play out. The Julia character in fact stops numerous times during the film to look in the mirror and examine her face, as if to say "Is this all some kind of dream?" (It's in one of the screenshots I posted).

The film itself is of course well worth seeing, and my review didn't even scratch the surface in terms of the myriad subtexts that are touched upon...terrorism, war and 9/11 anxiety, and also an odd focus on telecommunication devices and environment that recalls Todd Haynes' Safe, and even deepens the mystery of the movie.