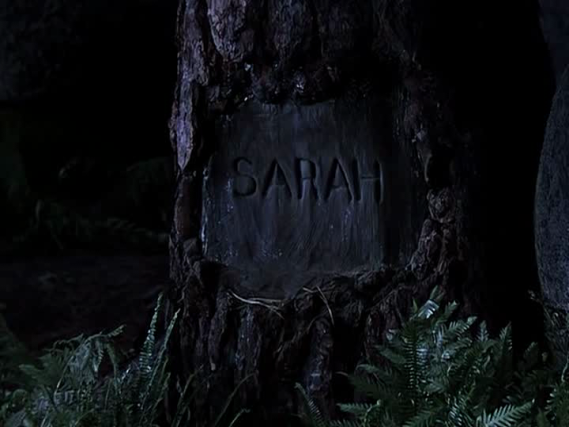 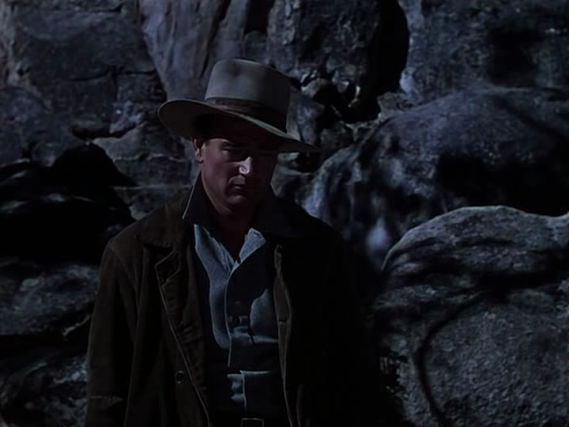 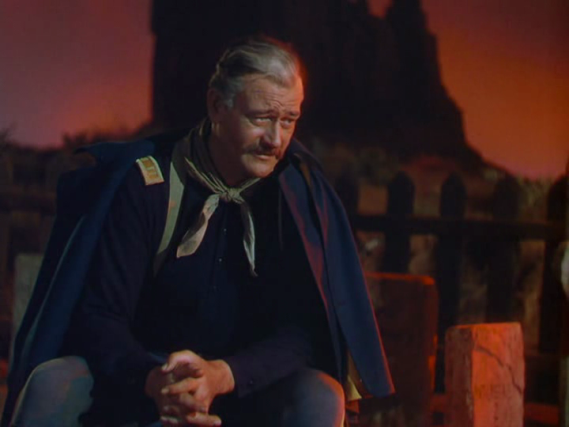 Speaking of non-Ford Fordian movies (which Shepherd is most definitely; in addition to the above, Harry Carey plays Wayne's father (!), and Wayne and Ward Bond have an all-out brawl in front of everyone), I'll throw a quick plug in for another fine example that's found reason to be brought up in certain cinephile corners lately, George Marshall's Pillars of the Sky (1956). It's one of five films on the recently released TCM DVD box set Western Horizons: Universal Westerns of the 1950's, surely one of the essential home video releases of the year. I was initially attracted to the set due to the presence of George Sherman's Dawn at Socorro (1954) - I've been watching lately as much of Sherman's marvelous Universal-International output as I've been able to get my hands on and this was one of his most obscure and highly thought of from the period - but every one here is great, with maybe the biggest surprise for me being John Sturges' tough, taut, cerebral Backlash (1956), a truly incredible western. A highly recommended purchase.