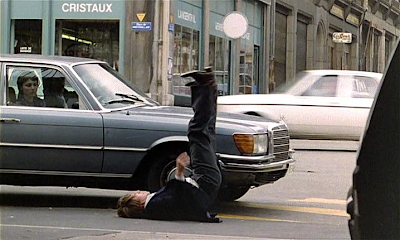 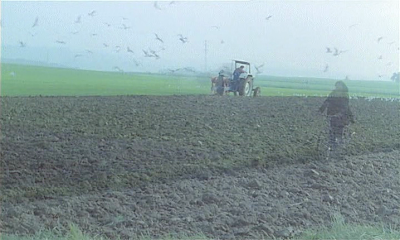 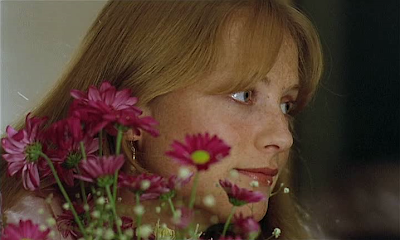 Posted by Drew McIntosh at 9:00 AM No comments:

Posted by Drew McIntosh at 1:00 PM No comments: 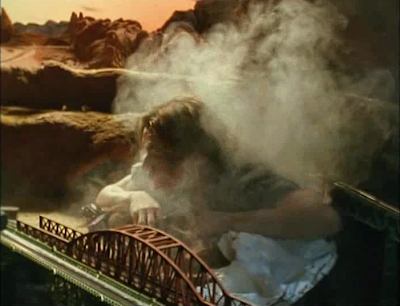 While David Lynch has always been the most obvious influence on director Richard Kelly, I've sometimes wondered if Kelly hasn't also drawn from Nicolas Roeg's dizzying and enigmatic Track 29. Roeg's film (loosely based off a Dennis Potter teleplay) isn't as overt as Kelly's are, but it nevertheless occasionally bubbles with notions of some vague, possibly supernatural mythology operating on levels subterranean from the action occurring on the screen. The "plot" (I use the term only out of necessity) deals with an alcoholic housewife played by Theresa Russell who is one day paid a visit by a young, infantile Englishman (Gary Oldman) who claims to be her son. He could be real, he could be the product of a disturbed mind, or, as the film tantalizingly suggests if you squint hard enough, he could be existing on some kind of fantastic or even abstract middle ground.

And that is one layer. There are others, all the way down to the numerous odd background details that may or may not work as signifiers, as well as the painfully awkward acting choices that are made, aspects that at times almost suggest a sloppy, muddled uncertainty in the direction. But of course we are dealing with Nic Roeg, a very fine and indeed thoughtful/deliberate director who is no doubt acutely aware of everything going on here, and surely has his reasons. So what does it all add up to? I'm not sure, but I'm also not sure that it matters. With Track 29 Roeg has made an often baffling and endlessly fascinating film that I keep returning to, one that for all of its frustrations and ambiguities persists in its uniqueness, and the feeling that it's told a tale very much worth telling. Is it a major Roeg work? At the very least it deserves reappraisal and consideration as such. If someone could release a DVD of it here in the States before the format becomes entirely extinct, well that'd be swell.
Posted by Drew McIntosh at 8:00 AM 1 comment:

Something I Saw Or Thought I Saw 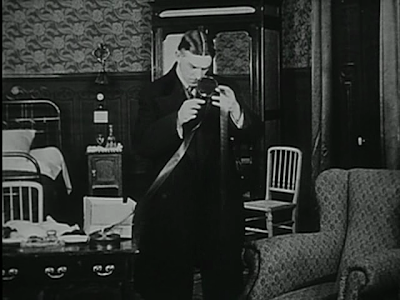 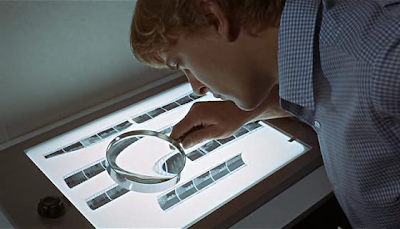 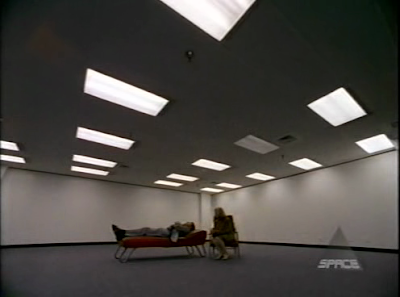 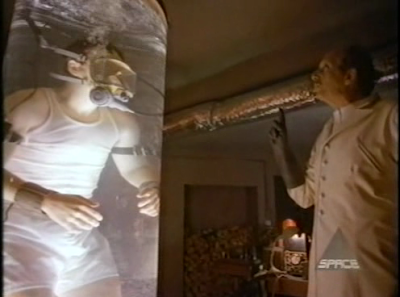 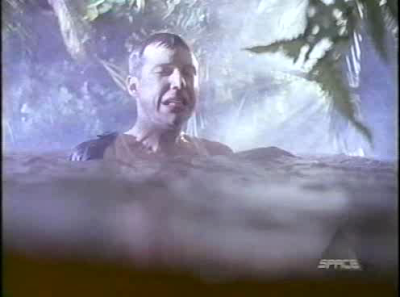 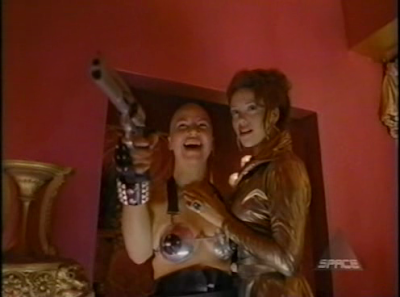 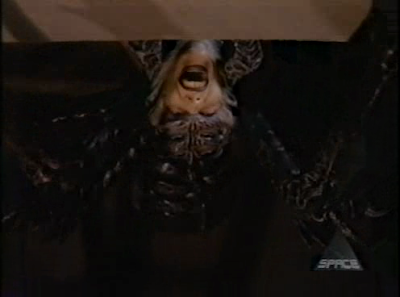 Planely Possible is an episode from the short lived late-90's HBO anthology show Perversions of Science, which itself was basically a sci-fi counterpart to the hugely popular horror series Tales From the Crypt. Perversions lasted only one short season, was clearly working on a comparatively meager budget, and was probably doomed from the start (it aired in the ominous late-night Friday time slot, following another equally esoteric and luckless but awesome show - Ralph Bakshi's animated cyberpunk anthology Spicy City), but it nevertheless employed a distinct visual approach - an anxious 50's sci-fi comic-book aesthetic - and managed to operate pretty consistently outside of the box with its stories and ideas, and thus enjoys something of a respectable cult following these days despite having never been officially released on any format.
My very favorite episode of the series is easily Planely Possible, a deliciously maniacal and twisty story involving a man named Walter (George Newbern) who, after his wife (Elizabeth Berkley) has been killed, meets a crazed engineer (legendary character actor Vincent Schiavelli) who believes that he can transport Walter to an alternate plane of existence where his wife is still alive. Yes, yes, all standard sci-fi fare, and yet the episode plays out with such restless unpredictability and macabre wit - as Walter jumps through the various planes of existence and is greeted by one nasty surprise after the next - that it gains a special kind of energy and ends up transcending its fairly textbook genre plot and hokey acting and becomes easily one of the most entertaining half hours of television I've ever seen. We may not be talking high art here (though the thing does have panache and atmosphere to spare), however as a lost gem of both HBO programming and anthology television, Planely Possible is well worth noting, and seeing for that matter (if you can get your hands on a copy.)
Posted by Drew McIntosh at 6:15 AM 3 comments:

Labels: Five From A Favorite 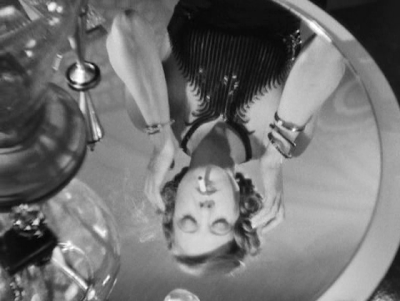 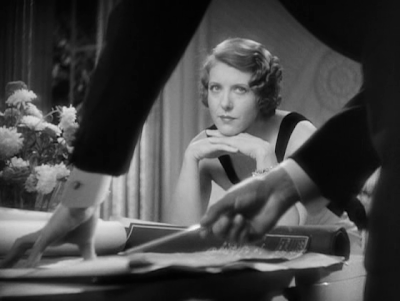 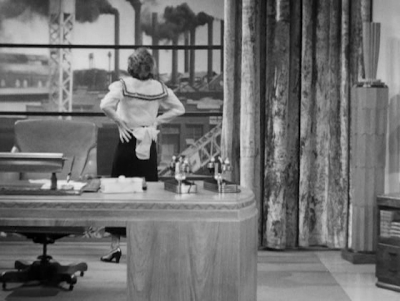 Posted by Drew McIntosh at 3:50 AM No comments:

The Trees of Tarkovsky 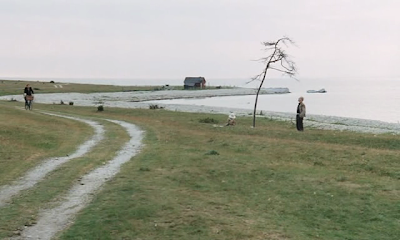 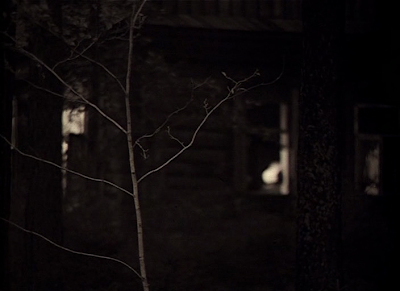 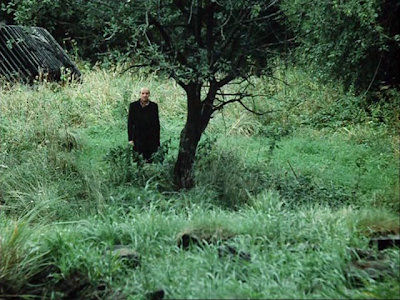 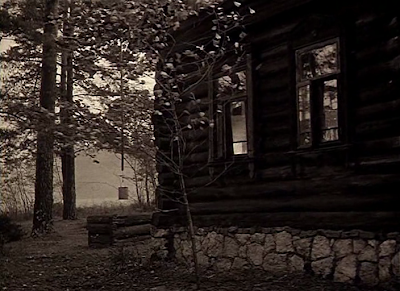 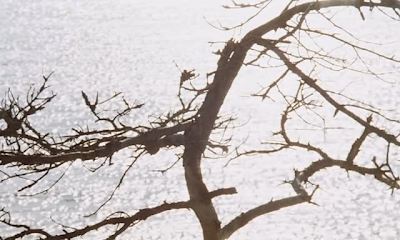 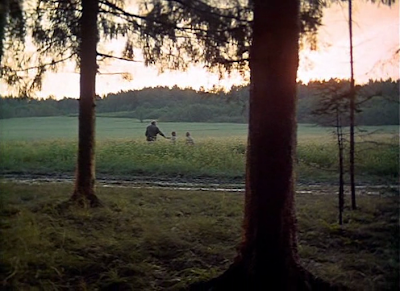 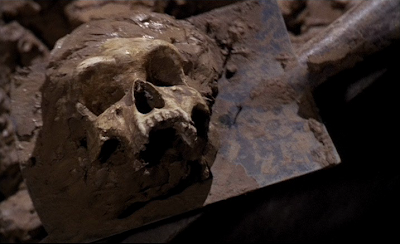 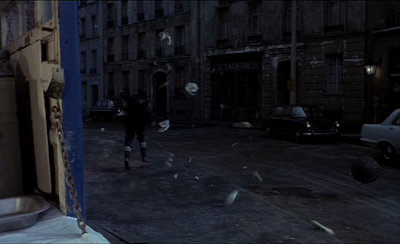 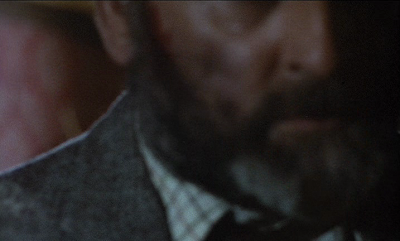 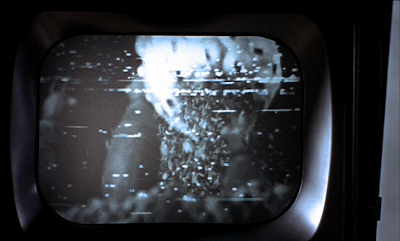 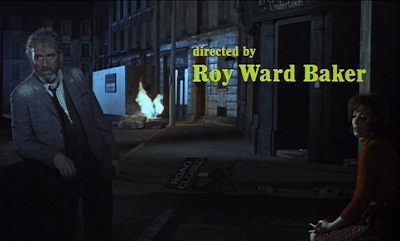 _____________________________________________
Quatermass and the Pit is one of the best movies to come from the legendary British production company Hammer Studios, and one of the greatest sci-fi films ever made. I love everything about this movie. I love the brilliant Nigel Kneale script that is constantly spilling over with big ideas, and I love the high intensity of Andrew Keir's performance as the perpetually perturbed and sweaty Prof. Quatermass. I love the splash of the surreal that criminally underrated director Roy Ward Baker typically brought to his films, particularly in the scene where the Martian race memories are being recorded through a machine that gives them the appearance of a Bruce Conner work.

But most of all I love the ending where, after the giant alien/devil spectre and its mind control powers have been defeated, Quatermass and Barbara (Barbara Shelley) sit in the street, overwhelmed with exhaust, and not exactly happy or relieved at what they've just seen - as you would find to be the case in many other movies of this ilk after the Big Bad has been taken down - but rather dazed, disheartened, and still in the process of soaking in the revelations they've learned, communicating sheerly through their slouched body language knowledge that the city has now pretty much gone to shit, and that things will probably never be the same again, and that in all likelihood the death of their friend they've just witnessed - a death in service of defeat of the ultimate evil - is perhaps when all is said and done a rather minor victory. The whole "the day is saved but the damage is done" sentiment is far from original of course, but here, distilled to a single, silent shot as the credits play out, it attains a certain level of poignancy.
Posted by Drew McIntosh at 10:00 PM 6 comments: