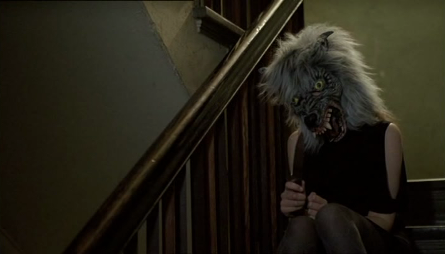 Valerie (Birgit Moller, 2006) - German cinematographer Moller found inspiration for her sole feature film to date from an American magazine article on "shadow women", a subculture of poverty stricken models who despite their homelessness are able to carry on - mainly through various means of deception, self and otherwise - some semblance of extravagant social lifestyle. Valerie chronicles a handful of late-December days and nights in the life of its titular character (played with tremendous pluck by the stunning Agata Buzek - think Sarah Polley after a month in a midievil stretch device), one such lost soul whose crumbling career has left her floating through the chilly Christmas streets of Berlin destitute and sleeping in a car, hiding the reality of her desperate situation from friends and scrambling to maintain an image of opulence by opportunistically seizing any shard of luxury and its accompanying sense of power that comes her way. The gritty, intimate, hand held visual approach immediately calls to mind the Dardennes (with splashes of dutch tilt thrown in for good measure), but Moller is more interested in the mysteries of complex human behavior and its response/relation to the inescapable passage of time than she is in acts of great moral weight, and the intensity with which the camera aligns itself to the character's experience, the degree to which it inhabits her sad, nervous energy, rendering any notion of potential judgement moot, puts the film closer to the realm of something like Barbara Loden's remarkable Wanda. Never straining for tidy psychology, and avoiding easy depictions of either abject misery or fortuitous, epiphanic Moments, Valerie unspools as a sustained note of deep, stifled melancholy. Highly recommended.

The Eclipse (Conor McPherson, 2009) - A widower quietly tortured by memories of his dead wife, and yet he dreams about ghosts of the living. A failed writer of the supernatural who falls in love with a successful author on the same subject, while a macabre personal prophecy seems to inscribe itself into the very air of the chilly seaside that surrounds all. The genre blend foundation of this supremely odd Irish production - equal parts modern horror, classical romance and gothic poetic - works much better on the level of tone than plot; narratively it flirts dangerously close with a certain trendy kind of overdetermined strategy involving the piecemeal doling out of vague intrigues surrounding some kind of diffuse revelation that might as well be a black hole. It very often feels like a filmed first draft, and the constant gear switching offers little help in the way of clarity of vision, but at the same time it's in the rough-hewn elasticity of this conglomeration of emotional registers that the movie eventually attains its own audacious, peculiar integrity. For a parable in which the space between the living and the dead, the haunter and the haunted, the experienced and the imagined, and the fantastic and the staid is all but elusive, it certainly stands to reason that a harsh transition from pensive reverie to BOO! jump could hold more value and resonance than a solid chunk of straightforward exposition. At under 90 minutes there is still some fat to be found (mainly in the form of Aidan Quinn's arrogant, annoying twit, completely disconnected from everything relevant and yet somehow in command of his own subplot) and a few too many fancy-to-be-fancy camera moves (not something that typically irks me, but a little too flagrant and unnecessary here); what I will remember most are the handful of quiet, unassuming moments where one or two of the characters are rendered by the lighting as flat, whispering graphics against the hazy backdrop of the living world, moments where the movie briefly seems to stumble onto a distillation of everything that it's interested in and finds beautiful.
Posted by Drew McIntosh at 11:15 PM No comments: 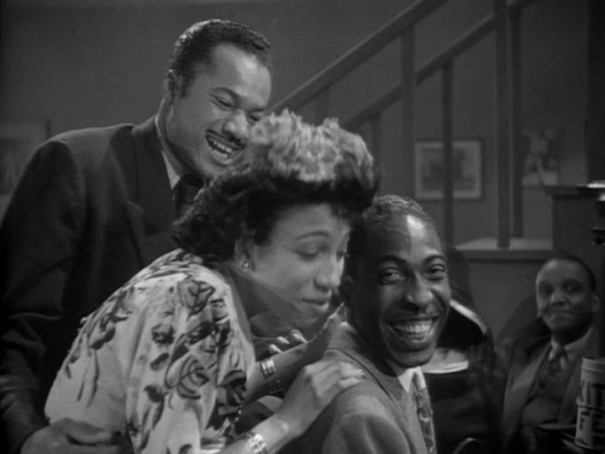 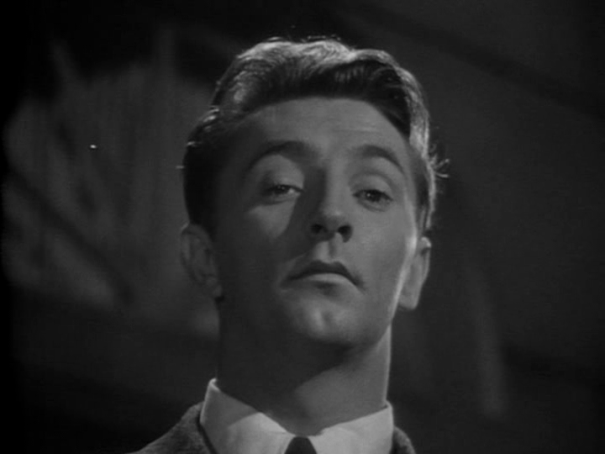 Even with an opening act that Rivette would remake many times over in spirit (the gamey hunt for an elusive figure whose actions have layed down trajectories for the others / but does he even exist?) and a middle sequence involving a dark hotel room and a note slid under a door that matches the quiet menace of anything Lewton or Lang would do in the decade, still the most striking thing about When Strangers Marry is it's insistence that the outlandish happenings of it's insular melodrama occur within a vital, bustling, breathing world. Tracking shots that fluidly incorporate peripheral working stiffs, and extended asides into lively public spaces that make no pretense of narrative import; again and again moments are sprinkled in that lie entirely outside of the story being told, at once lending a potent quotidian contrast to the central cloud of violence and uncertainty, while also providing a larger context into which the blood that's spilt must inevitably flow.

Castle's visual style here is never less than entirely arresting, yet the most effective shot in the entire movie may be one of the simplest: a malevolent, downward gaze directly into the camera from Mitchum. Not only because of what it conveys about the character with such chilling simplicity, but also because it feels like nothing short of the birth of Harry Powell right before your eyes.


"Both formally and thematically, Kurosawa Kiyoshi's films are a series of fluctuations between rigid and chaotic elements, grids in which emphasis is placed variously on the lines and the spaces. The lines: the hard angles of his long-take shots, sectioning the screen in balanced but asymmetric compositions; the confines of genre; the habitual codes of consensual reality. The spaces: unexpected activations of seemingly static planes or elements within those strict compositions; pushing generic considerations to a larger, allegoric frame of reference, then beyond to ambiguous apocalypse in which an old order/means of perception is abolished in an act of either nihilism triumphant or possibility affirmed - or maybe both, an affirmative nihilism."


"It is nonsense to argue over whether giant monsters or dead people are scarier. How good or bad a film is isn't dependent simply on how scary it is. I just want to give the generic name "horror films" to that family of films that take as their subject matter the fear that follows one throughout one's life.....Now that I think about it, since there are no works that have failed to change my life even a little bit, all films are horror films."

- Kiyoshi Kurosawa, "What is Horror Cinema?" 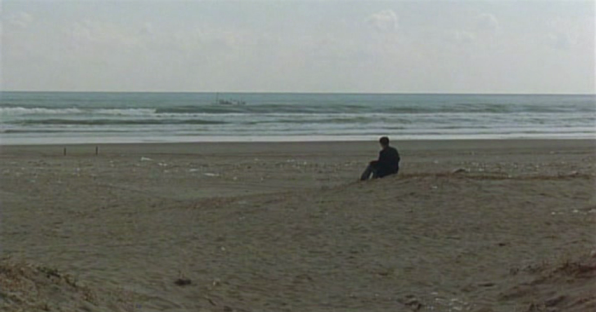 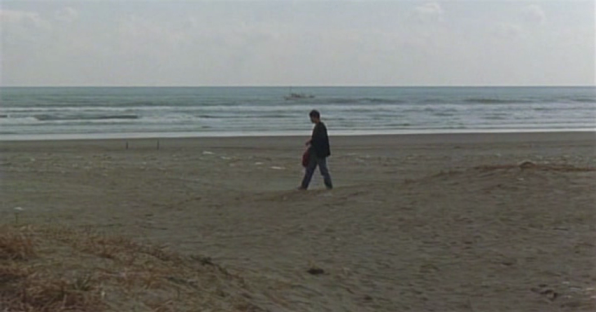 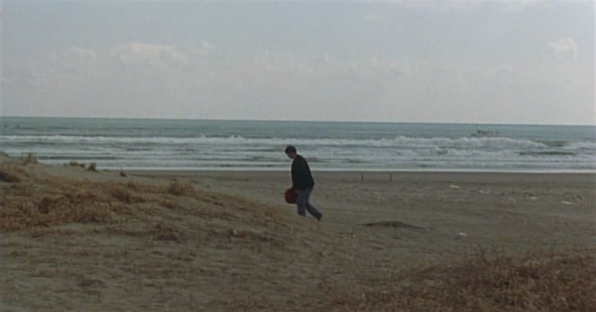 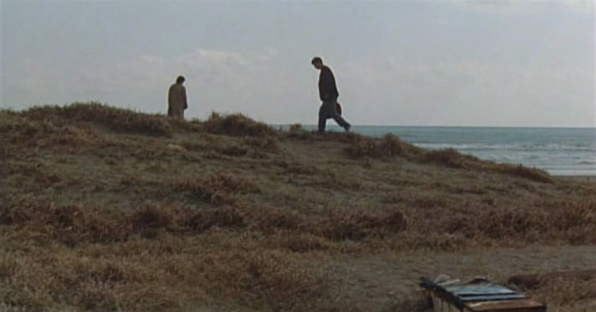 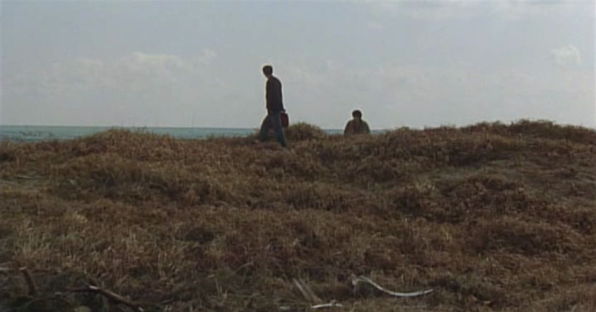 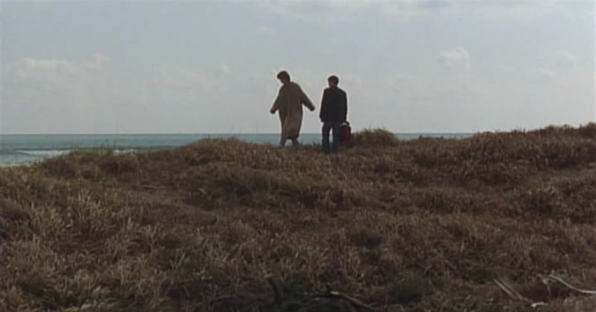 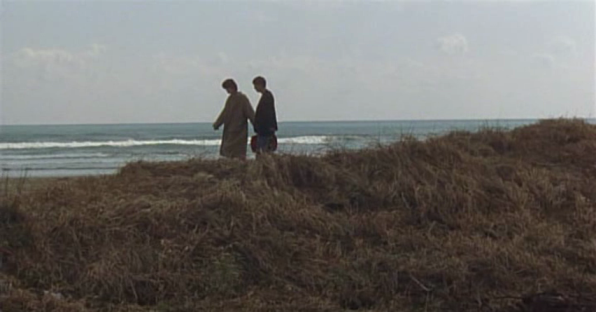 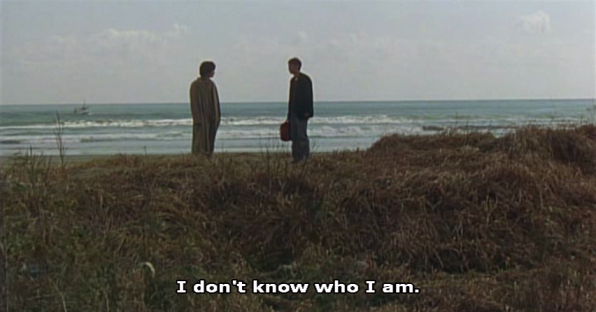 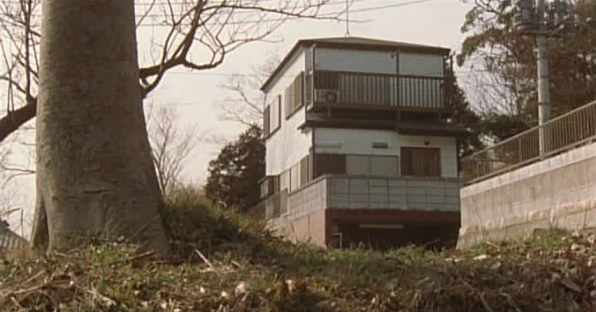 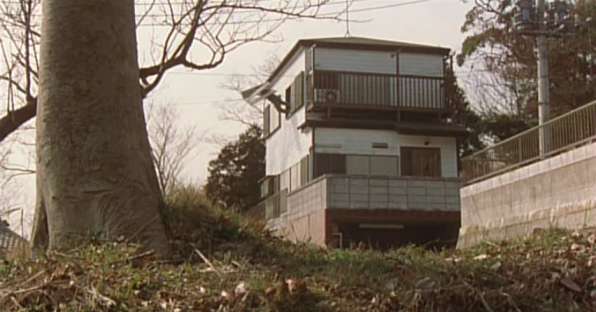 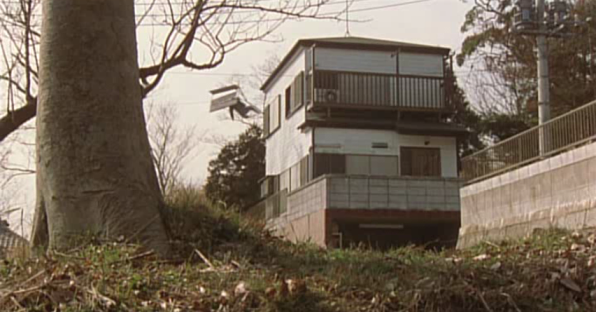 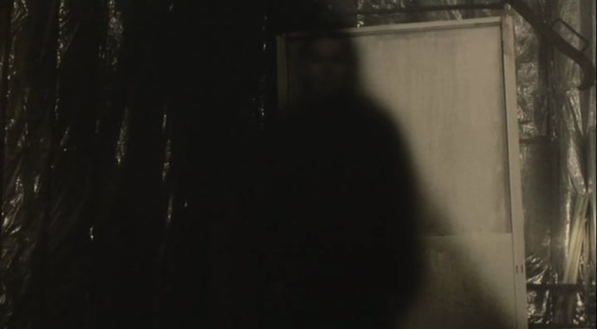 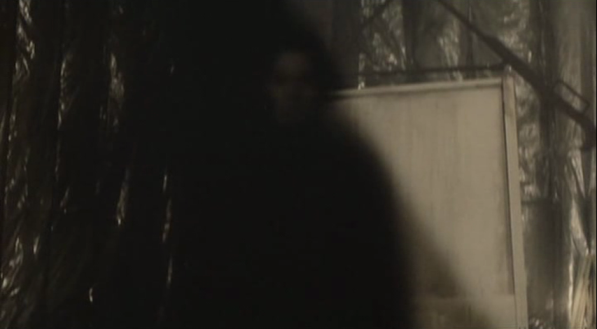 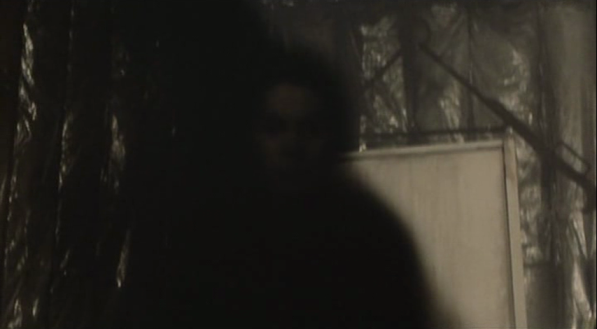 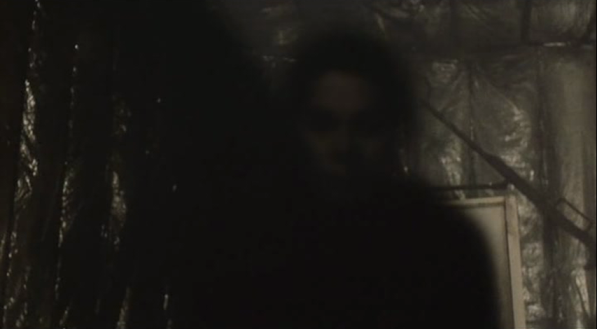 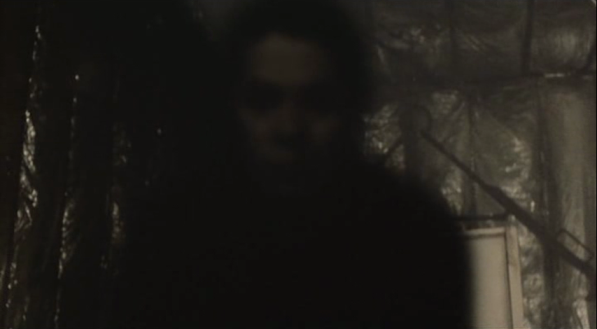 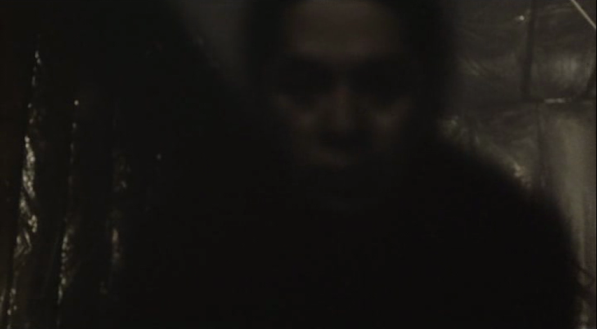 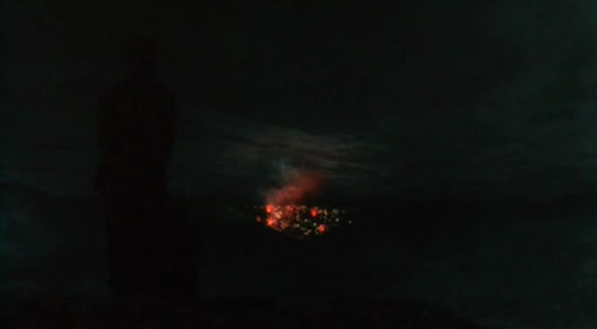 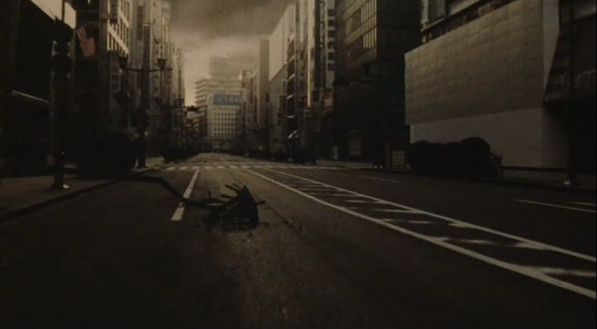 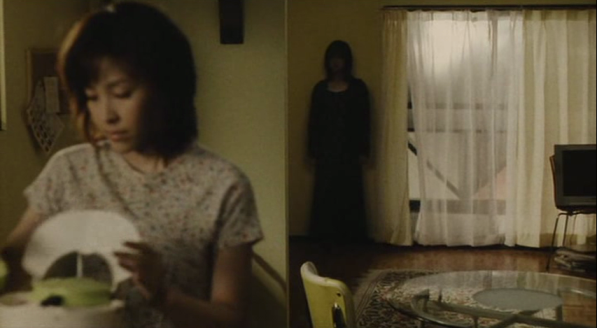 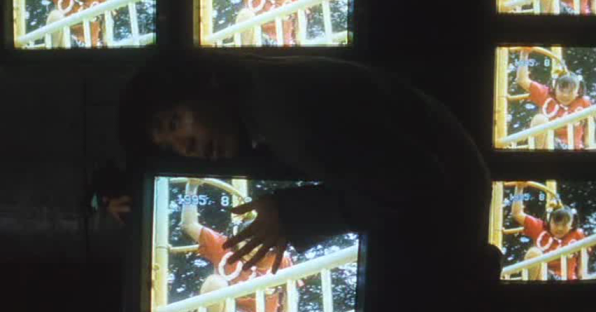