Adorno and Eisler once argued that music in film often acts as an antidote against the picture, that rather than supplementing the emotions of an onscreen character it instead works towards helping the audience cope with fear and shock. The degree to which much modern horror cinema has fine tuned with awesome precision a hollow dependency on the loud shocking jolt for effect shows that an inverse of this hypothesis can also ring true: silence utilized not as a neutral, anchoring presence but instead as another manipulative tool that dulls its horrors by reducing them to a clinical play of crashing noise. It's easy to imagine practitioners of such faux-horror hunched behind their cameras with thought bubbles over their heads containing that quote from Zero Dark Thirty, co-opted as a mantra: "Everyone breaks, it's biology."

Sinister doesn't exactly escape cheap shock-jump syndrome, but one of its subtle strengths is its carefully crafted Christopher Young score, an amorphous, ubiquitous dark churn that never sees fit to simply work in accordance with the jolts but instead often seems to exist independently of the specific screen actions, occupying a more elemental place within the emotional dimension of the film, dovetailing with the central themes of obsession and paranoia and amplifying them in a particularly bleak and subterranean manner. The film isn't a complete success, but it's strikingly naked in its despair and takes it seriously (in spirit it feels at times like something plucked from the 70s and slapped with a modern veneer) and its efforts to destabilize on both the aural and visual level (I can't think of many recent mainstream movies of any genre so willing to hang onto a disorienting, visual blackness) are effective more often than not. There's a modest lesson or two in small scale, unbombastic eeriness here that the James Wan's of the world would do well to take note of.

Posted by Drew McIntosh at 1:00 PM No comments: 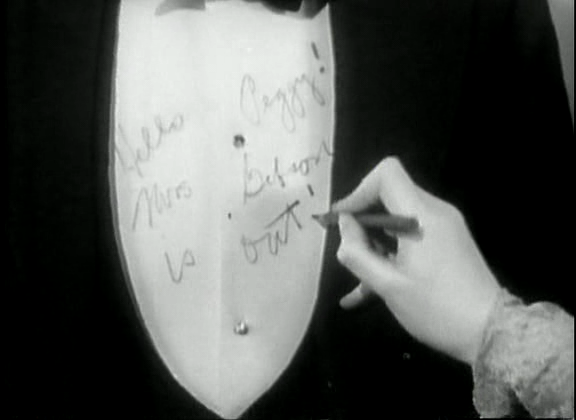 A bit of roundabout communication from D'arrast's Laughter (1930). The continental flavor and penchant for spicy intimation here have led some, in the small pile of writing I've been able find on the film, to invoke Lubitsch, which seems I suppose as perfectly reasonable a starting point as any in situating this rich, forgotten Paramount item. Likely not enough of D'arrasts's scant output circulates in any capacity today to parse out any kind of full bodied "touch", but to my eyes the real heart of the film pumping beneath Donald Ogden Stewart's screenplay (one of his earliest, and it's a hoot; some acid religious sarcasm or class barb pounce out from every corner) is a physical, jubilant discursiveness that feels very much the product of a distinct sensibility: a potentially awkward situation early in the film is diffused by Frederic March banging out some jazzy number on a piano, opening the door for Nancy Carroll and Diane Ellis to launch into surely one of the most manic of all precode dance numbers; later on Carroll and March break into a home to avoid a rainstorm, and their mounting sexual tension naturally leads to them dressing in bearskin rugs and engaging in a bear battle. Narratively these tangents feel justified in their illustrations of the allure of the bohemian temperament (the source of the title), but the effect is of viewing a group of characters who continually seize any opening to wriggle free from the sway of plot and give into some primal impulse. 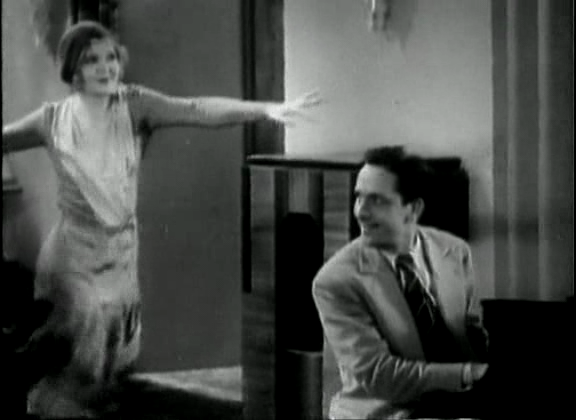 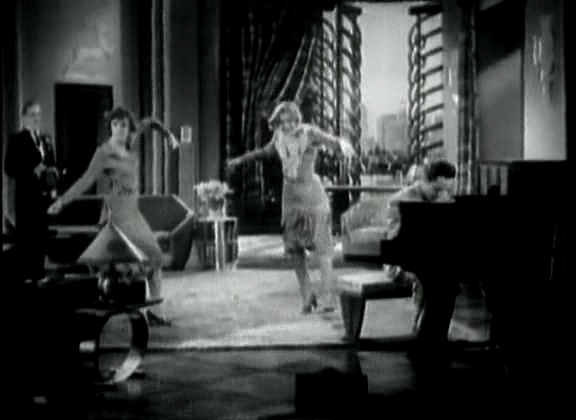 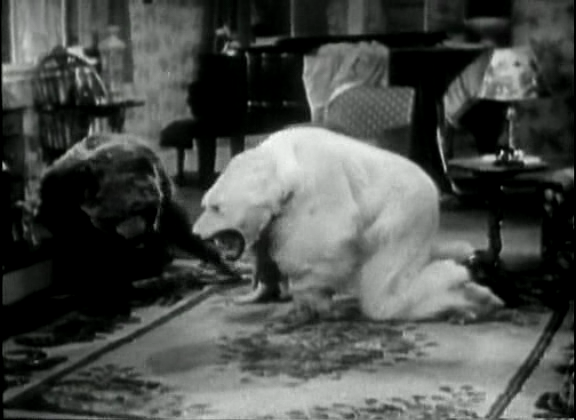 Posted by Drew McIntosh at 5:15 PM No comments: