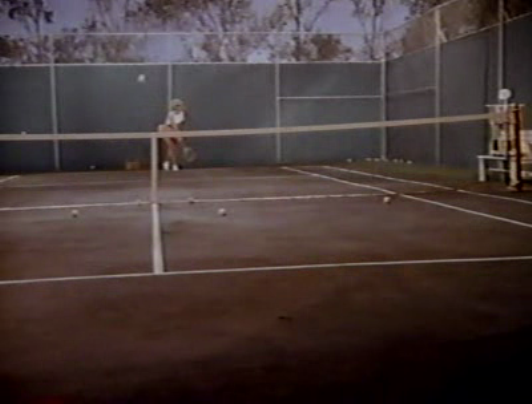 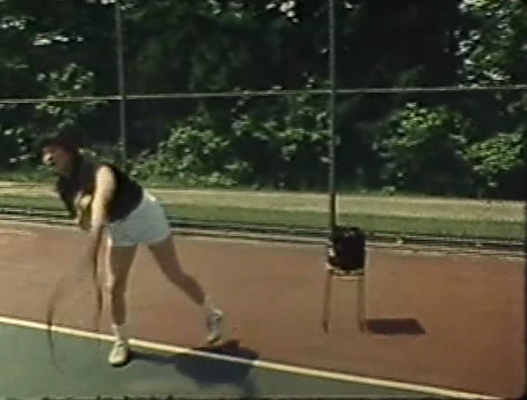 * A very striking, though not entirely direct, aural affinity with this last one: the character from the Lewis at top, rendered catatonic after seeing alive someone he believes to be dead, begins speaking in a very harsh gibberish comprised of the manipulated backwards talking effects that are the choice mode of diction found in Peaks' Black Lodge, the elusive residence which is the impetus for the Earle character's heightened state in the bottom frame.
Posted by Drew McIntosh at 6:05 PM No comments: 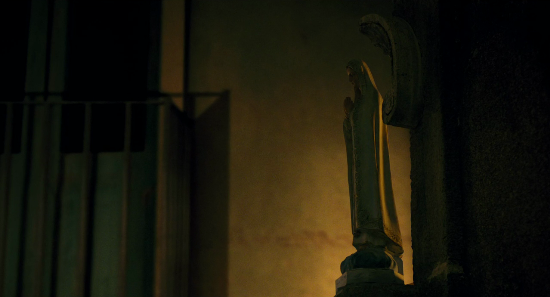 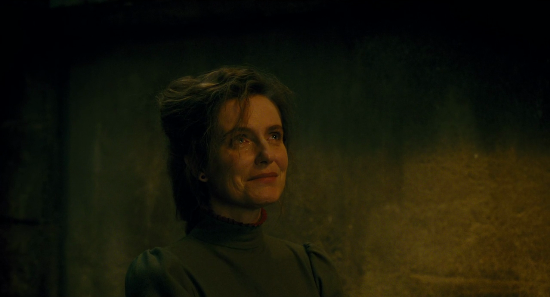 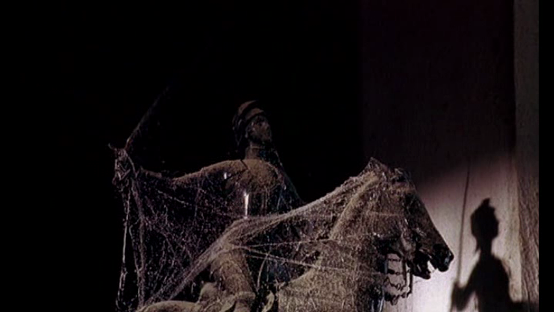 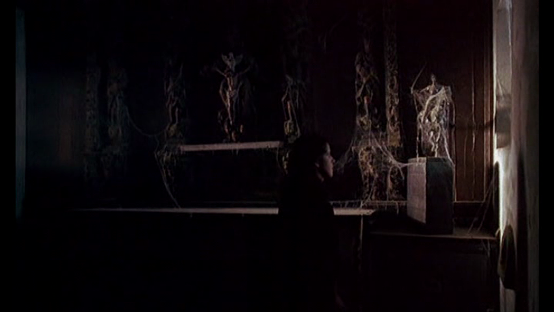 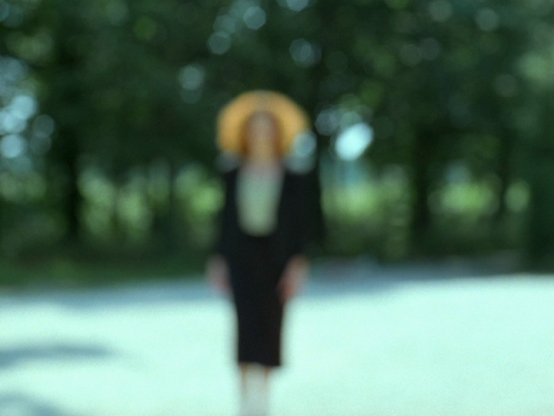 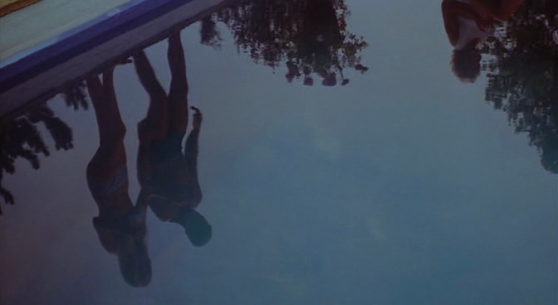 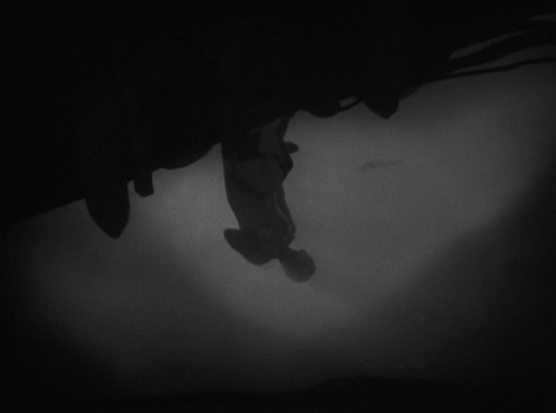 4 notes on The King and Four Queens

1) Like Yellow Sky, a scheme to steal gold from the last denizens of a ghost town, who are / like 7 Women, a self-contained community of women operating at what might as well be the edge of the world. But - remnants of the town are backgrounded and blurred here where they were foregrounded and detailed in the Wellman; a sense of a place as opposed to a specific place. And the organizational approach Walsh takes to psychology and landscape have little place in the feverish, claustrophobic, apocalyptic world of Ford's film. The King and Four Queen's most recurrent visual motif: a medium/medium-long static shot of an empty or sparsely populated location and the methodical emergence of a character from somewhere around the back-center of the frame. If the bandits in the Wellman seize hostage of the land they stumble into, and Anne Bancroft becomes engulfed by hers, then Gable and the women inhabitants are revealed as little more than drifting, transient presences:

2) Despite the freedom offered by the CinemaScope format, Walsh uncharacteristically and almost habitually - in the first half of the film at least - compresses the action or drama of a given scene to the center of the frame, nearly to the point where one is tempted to note that cropping the picture into an academy ratio might hardly change a thing. Which, of course, would be mistaken, as anybody who's seen The Big Trail knows that Walsh was innately tapped into the expressive potentials of widescreen from the very beginning, and what begins here as a kind of curiously flat and disengaged mise-en-scene begins to take on an eerie, almost Antonioni-esque weightiness, the excess emptiness not defining the emotional states of the characters as much as framing them within a vague, overarching oppression that continues to hum at a low level even as tighter interiors take over in the latter part of the film.

3) The great poignancy of the title, naming 5 of the 6 primary characters (Gable + 4 young widows) and leaving out only Jo Van Fleet's Ma McDade, who has about as much screen time as Gable and is clearly as central a figure to the plot. Like Margaret Leighton in 7 Women, she's a stern and doctrinaire matriarch concealing a deep unease about the course of her life. Abandoned by her real family, she's saddled with an artificial one that only functions to embody painful memories, and appropriately enough the movie abandons her too, shortly before the climax. A sympathetic character granted no closure, she's last seen standing over an unearthed grave, and last heard ringing the bell of an abandoned church.

4) It's actually a very weird and kind of sad movie masquerading as an extremely jovial one, and the two musical scenes with Gable playing the organ for the women illustrate the discrepancy. The first, where his playing draws the women from slumber and lures them like moths to a flame, flocking in from the sides of the frame. The second, where he leaps from the organ and the uptempo number he was playing is picked up by the non-diegetic score as he dances with each lady one at a time. They are creepy in a manner that's difficult to describe, artificial in spirit and seeming to take place in some kind of void (think the old people with the smiles plastered creepily on their faces at the beginning of Mulholland Drive), and are in any way entirely in another universe from the ultra-nonchalant, sophisticated eye that captures, for instance, the Ida Lupino number at the beginning of The Man I Love.