The Gunfighter (Henry King, 1950)
The pitfalls of auteurism: no one has much use for Henry King these days it seems, so I've been long content to throw him on the backburner and leave it at that. The Gunfighter has me seriously doubting the merits of that decision. It's a wonderful film, one I'm very sorry to have not seen much earlier, and while there are numerous remarkable things about it, what struck me most on my first (and certainly not last) viewing is simply the delicacy and intelligence with which King depicts realization of the end of a way of life. The way the camera (and thus the world) subtly collapses in and smothers Peck's Ringo between cuts of his confrontations (or what amounts to variations on the same, ceaseless Confrontation); the way Peck's figure is placed contrapuntally in crowded shots that often and quickly disperse, leaving not the image of a lone man but the ghost of a myth, barely tethered to his surroundings. When Peck asks Helen Westcott to run away from it all with him, it registers with so much emotion precisely because it's not the result of some vague, sudden epiphany, but rather the logical endpoint of this series of weary, fleeting impressions, all not so much screaming as whispering this is no way of life. The depth of feeling here is present in nearly every scene, and there's a terse compactness to the way King lays out and maneuvers the geography and population of this contained community that ensures the emotional vibrations of any given moment are constantly spilling over into the next, a quality that reminded me specifically of some of the work Gerd Oswald would do in the genre a little later in the decade. 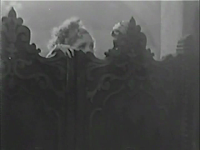 Her Man (Tay Garnett, 1930)
In a film that could in a sense be defined by its offhand details and tangential nature, Tay Garnett's dizzying pre-coder starts off with a doozy: a hard luck case (Marjorie Rambeau) is caught ticketless onboard a ship while attempting to sneak into the States and is sent back to Havana, the camera first following only her feet and then finally her full distanced figure in one beautifully sinuous tracking shot as she makes her way through the smoky, stylized Cuban alley corridors before arriving at her destination - a slug of liquor from a gruff bartender who informs her that she "ain't no bargain." All this before the story proper kicks in, which has to do with Helen Twelvetrees (here displaying a saucy, jittery way of throwing her entire body into her words that suggests she learned a thing or two from Jeanne Eagles) running a con racket in this same saloon with her pimp boyfriend, and eventually falling for one of the American sailors who wisens up to her scam.

Like so many early talkies the drama is hindered by the stilted, awkward dialogue delivery, but the camera displays a restless sense of creativity that's consistently exhilarating, prone to experimentation in its static shots (a lie told during a hug in front of a mirror - two isolated faces in an embrace allowed expression within the same frame, animating the power structure of the relationship) just as often as it is bobbing and weaving in and out of the ragged crowds, capturing the behaviors and movements of a particular time and place with an almost blatant disregard for the presence of narrative. Andrew Sarris said that critic Ray Durgnat preferred Her Man to Hawks' similarly themed A Girl in Every Port because of, rather than in spite of, its period sentimentality, and it's an easy position to sympathize with; much as I like the Hawks (and believe me there's no one here to stand toe-to-toe with Louise Brooks), there's a certain richness forsaken in its insulated world that's opened up here by acute attention to detail, such as the protracted swing of the saloon door (a character itself), or the tactililty of the bowler hats everyone wears, constantly being passed around and pulverized and, in the film's funniest bit, rescued instead of its drowning owner. Everything leads to a massive barroom brawl worthy of some choice Walsh pre-coders to come, and then to a traditionally happy ending that manages to subvert itself by returning back to the Rambeau character for the final words, bookending the story with the presence of this almost totally annihilated person and insisting on a sense that within this loose, playful atmosphere lies something of a prison. 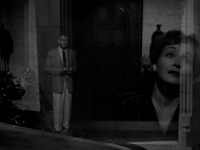 My Name Is Julia Ross (Joseph H. Lewis, 1945)
Nina Foch emerges from the proto-Gun Crazy rain of the introduction and reads a letter from the one that got away, is then hired for a non-existent job by a crazed bourgeois household and is systematically stripped of her identity and molded to take the place of a dead person. Names like Mankiewicz and Penn would years later take the essential ideas here and refashion them with campy excess and melodramatic trappings to varying degrees of success, but Lewis's effort is the real deal: swift, sharp and sinister to the core. A carousel of hoax spaces and harsh negations (a suffocating pattern emerges in the editing where Foch's reactionary expressions of pure terror are stamped on-camera just long enough to register before being brutally snuffed out by a fade or dissolve) that conjoin with the mercurial logic of the narrative and pronounced expressionism to produce an anxious nightmare on par with anything an Ulmer or Brahm were churning out at the time, and a sopping, rocky beach climax points the way towards many later Lewis denouements that almost ritualistically careen into the hallucinatory. While the director would go on in future films to tackle bigger, more topical themes and develop a more sophisticated formal touch, Julia Ross can stand next to any of them in terms of raw verve and the forcefulness of its vision - which is I guess a way of me saying that despite its undeniable comparative slightness this very well might be my favorite Lewis to date.

Unlawful Entry (Jonathan Kaplan, 1992)
I wasn't surprised by a recent and long overdue rewatch of Jonathan Kaplan's '92 thriller to find that I still liked it; what did surprise me was to discover a much more frustrating, frustrated and complex film than the one I remembered. It'd be tough off the top of my head to point to many films more exemplary of the conditions forged from the head-on collision between imposed commercial conventionality and an arsenal of deeper artistic impulses. Which is to say that before Unlawful Entry decides in its second half to be merely another relatively well executed entry in that momentarily flourishing late-80s/early-90s subgenre we'll dub the Obsessive Terrorizer (see: Fatal Attraction, Pacific Heights, The Hand That Rocks the Cradle, Single White Female, etc. etc.), it is something far more brooding and difficult and could be called, in spots at least, one of the great films Nic Ray never made. The key to the excellence of the first hour (or so) is the balance Liotta's performance strikes between mounting instability and the intense, quiet sadness from which it springs (and really there isn't enough praise for Liotta in this section of the film; suffice it to say he's one of my favorite actors and this is right up there with his greatest work). It's an undeniably grey shaded character during this time - a cop who reeks of genuine loneliness but whose penchant for poor decisions and reprehensible violence ensure he'll never find or hold onto the intimacy he seeks (needless to say Robert Ryan would have slayed this role) - and the film is all the more fascinating for it.

The culmination of this opening half comes in a superb night club sequence set to Rozalla's moving house anthem "Everybody's Free", a first true stand-off between Kurt Russell and Liotta that toys with identification and emotional depths in ways that other Obsessive Terrorizers - whose baddies are almost always portrayed as essentially abstract entities with the psychological complexity of a rock - would never do. There's a real sadness coursing through this sequence, in what it seems to tell us about Liotta's character merely through looks, but also a non-diegetic sadness at watching a movie reach a point where it can no longer be what it wants to be. After this excellent and emotionally intricate scene you can literally feel a producer mash his Thriller 101 emergency button; the next thing shown is Liotta with a textbook psycho-glaze in his eyes beating up a hooker and, soon after, murdering a fellow cop, and with that all of the nuances evaporate in an instant; the character's previous deeper yearning for what seemed like a more communal companionship is twisted into a purely malevolent sexual obsession towards Madeleine Stowe which quickly becomes the driving force. And while this second half works fine enough as a potent study of pure helplessness in the face of corrupt, abusive power (Rosenbaum called it "an excellent corrective to the shameless celebrations of LA police power and brutality in Lethal Weapon 3"; that's to say the least), the awkward and curt shift from the complex earlier dynamics to those more black-and-white and palatable for the masses is quite lamentable, and ultimately what we're left with is an unfortunate case of a very good film threatening to burst at the seams with a truly great one.
Posted by Drew McIntosh at 10:55 PM 4 comments:

It's in the eyes 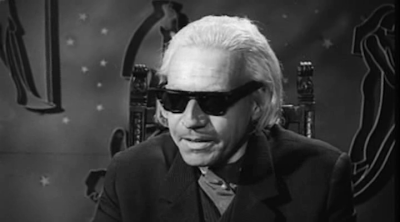 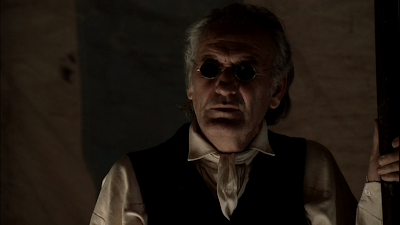 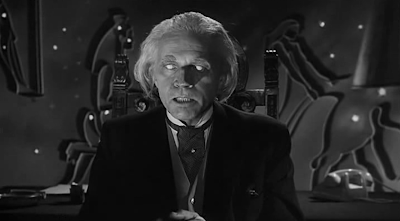 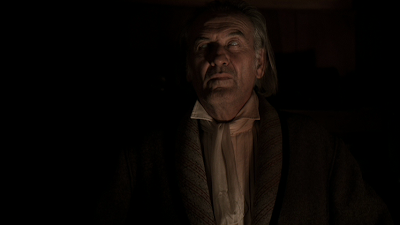