Early on in Roy Del Ruth's Upperworld (1934), Warren William, playing a character named Stream, saves a lady from drowning in a river, a beautiful blonde who he'll maybe fall in love with but who will die around the midway point of the film anyway. Matters of psychosexual obsession never rated terribly high on the agenda of these early thirties Warner Bros. pictures, so the Vertigo similarities mostly end there, but the direction the film winds up moving in is perhaps as peculiar and unconventional in its own way as in the Hitch.

After being struck down with loneliness by the absence of affection from his priggish socialite wife (Mary Astor), William begins an affair with the aforementioned blonde (Ginger Rogers), a sweet and charming burlesque dancer who is also in the grips of another malicious fellow intent on blackmailing the very wealthy William; things come to a head one night when Rogers and the blackmailer are both killed (she by the blackmailer's hands, him by William's) and William tries to cover up the entire thing, manipulating evidence to give the impression of a murder-suicide. But bad luck in the form of a cop William had previously used his social standing to banish to cheap street beats returns to bite him - his hand in the incident is discovered and William is put on trial. He's found not guilty (escaping blame for the murder he did commit as well as the one he didn't), and the movie ends on what could be seen as a sardonic note, with William and Astor on a cruise, love as strong as ever after William has explained away his affair ("Oh I was fond of her. She never took your place.")

The sneaky uneasiness of it all comes from the way that the earlier Rogers-William relationship was built up and worked through with such goofy earnestness; the heart of the film was in that direction, and though some late gestures are made towards reinstating the Astor character, it all feels done in the service of something rote, and the aftertaste is bitter. Rogers was an innocent, met with a horrible fate and with tears in her eyes, yet the film tosses off her memory with a cruel casualness, subordinating its most seemingly sincere moments to affirming the queasy marriage of this not terribly likable couple who, frighteningly enough, seem all too sincere themselves. There's a lot of Chabrol and Varda here, and Upperworld's spiritual cousins are as much La femme infidele and Le bonheur as anything else from the pre-code era. 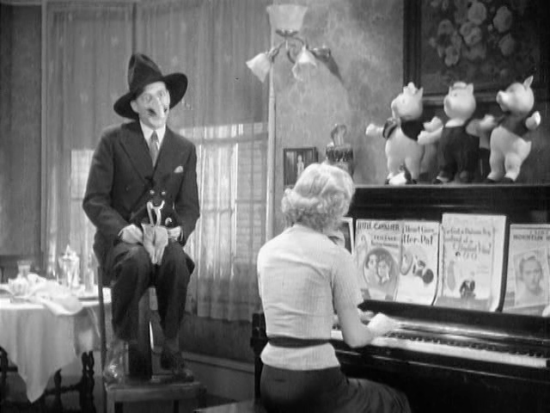 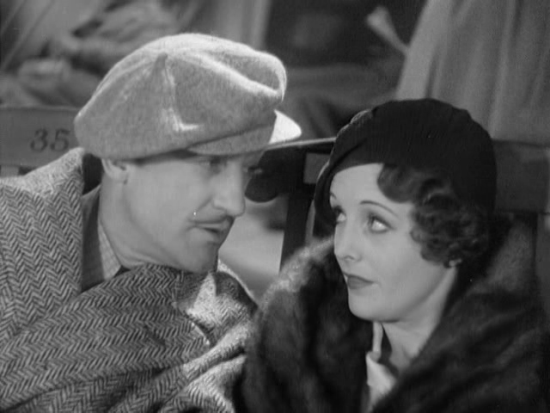 William was of course one of the great screen scoundrels, but not talked about maybe quite as much is his striking nature as a physical presence. Many of his performances seem to emanate from a central bodily conception (a gravel-throated big man bark in Employees' Entrance; a boozy, swishy grifter slouch in The Mind Reader; a hands-to-the-hips wire stick posture here in Upperworld) and Roy Del Ruth in particular appeared to be sensitive to this in their collaborations together.

This, I think, is one place to look when discussing the more subtle yet still considerable talents of Del Ruth, one of those problematic auteur cases who had no obvious, definable style to his name - nobody watches A Roy Del Ruth Film - but yet whose very best work seems characterized by a remarkable lightness of touch and thoughtfulness in staging that seems to me to hover just above the notion of the "finely crafted workman studio picture." Add to the William examples above the graceful lilts of Cagney's smallest movements (Taxi, Blonde Crazy), Lee Tracy's walking incredulity (Blessed Event, probably my favorite) - none of it is lost on Del Ruth's watch, and indeed many times slices of the drama seem to be staged with preserving these qualities in all their degrees of oppositional expression and integrity in mind.

My thoughts are still rough, but if I had to point to one example that displays most what I value in Del Ruth's direction, it would be a great little sequence in the otherwise average Bureau of Missing Persons (1933), involving Glenda Farrell, Pat O'Brien, a diner, a steamboat horn, and a crash of condiments. All of the qualities are there: speed, distance, warmth, math, all in service of the careful construction of a modestly eloquent payoff.
Posted by Drew McIntosh at 6:10 PM 2 comments: 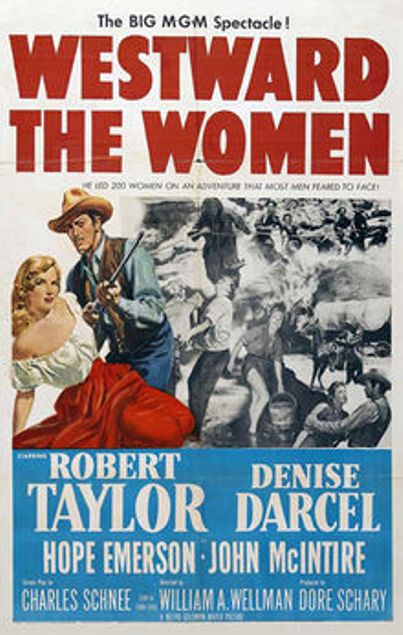 Time and again in Westward the Women we're reminded that for few directors does death visit as swiftly and brutally as it does in the films of William Wellman. (think: Maria Elena Marques in Across the Wide Missouri; Mitchum in Track of the Cat; multiple examples in The Ox-Bow Incident.) The open-ended hesitancy built into the title grows in significance with every corpse left on the trail  - westward may be the movement but the destination for each is far from certain.

Wellman's severe approach to capturing a body giving up its ghost may be a hangover from the pre-code era where the conditions of production practically guaranteed that such fleet and fateful depictions reigned supreme, but the most devastating passage in Westward occurs in the aftermath of an offscreen Indian massacre and draws its force from something far more sombre, while looking forward, in miniature, to the work of Roberto Bolaño, specifically "The Part about the Crimes" from 2666: "How many did we lose?" Robert Taylor's trail boss inquires as he surveys the carnage, and the sequence unfolds at some length as a rigorous account of each individual female casualty, a breathing woman beside the slain one chanting the dead's first and last name into the echoing desert air, the camera then shifting to a full visual of the victim, no unique details of her murder spared. It's worth noting that despite the grim portrait I'm painting, Westward the Women is not only Wellman's finest western, but also one of his most purely humorous films - the bit with the "sting bat" is the hardest I've laughed at anything in some time (it's all about the silence), and the film's view of sexual attraction as something unaccountably idiosyncratic is a frequent source of amusement, such as the early scene where the women choose prospective husbands from photographs pinned to a board: "Face like a mackerel" mutters Hope Emerson's Patience to one photo with more than a hint of disdain, before claiming it for herself with a smirk. 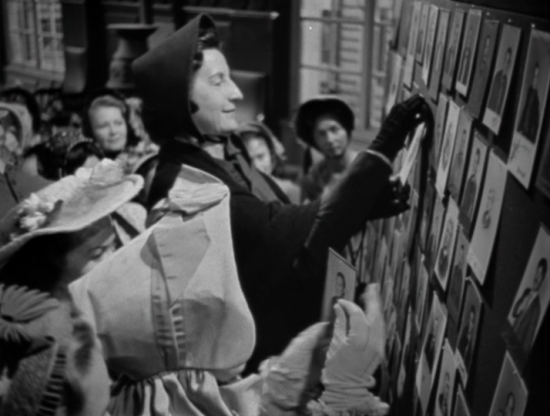 Posted by Drew McIntosh at 6:15 PM No comments: 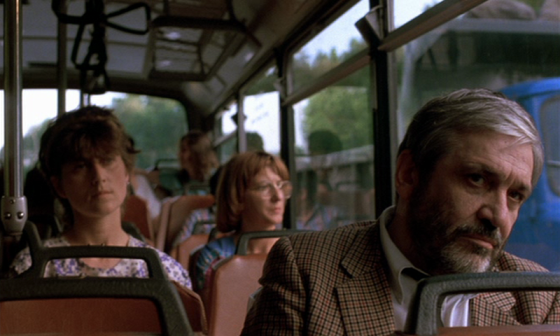 "Perhaps, Pialat suggests, that's what being human is - and hence the hovering sadness of all his films - a series of links, tentative communications, relationships, just waiting to be severed."

- Molly Haskell "The Ties That Wound"

Posted by Drew McIntosh at 3:45 AM No comments: