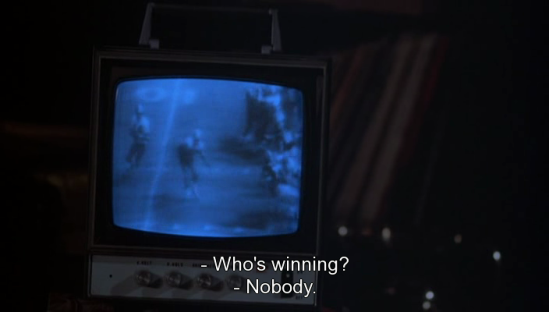 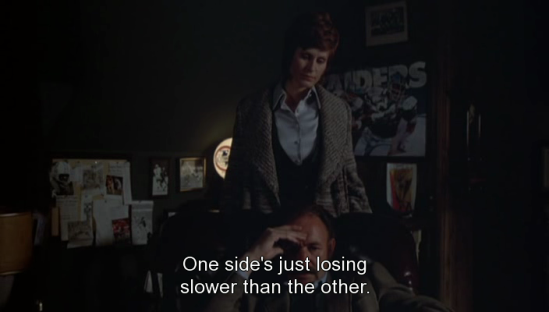 Saturated with blue-faced bedlam over the positively shocking occurrence of Rex Reed being a jackass, the daily discourse, at least if my Twitter feed is to be believed (my god those words), seemed all too content eliding over the death of writer Alan Sharp, whose small yet astonishingly high quality run of original screenplays in the early 70s produced three major wonders of the period: Peter Fonda's The Hired Hand (1971), Robert Aldrich's Ulzana's Raid (1972), and Arthur Penn's Night Moves (1975). (I've yet to see the Fleischer/Huston co-directed The Last Run, but I've heard it's very good.)

I would argue that, in the latter two examples at least, his tight and intricate hand brought out the best in those great directors. Unfortunately his career in films seemed to peter out in the following decades, with only a few theatrical features (Peckinpah's The Osterman Weekend and the Liam Neeson swashbuckler Rob Roy being the most notable) and a modest slew of TV movies to his name. But that exciting mini-body of work from that most exciting time in Hollywood will remain and fascinate as long as cinema remains and fascinates, and even if I'm only kidding myself to think that this post, in which I've said basically nothing, could be the teeniest of correctives to the latest Dumb Critic Quote Swarmfest, then at least that brief, immortal exchange from Night Moves at top has excuse to grab a few more seconds.
Posted by Drew McIntosh at 2:15 AM

Amen. I know you like The Hired Hand, and I'll try not to speak against it too much, but for me the reason that the other two work so well and it doesn't is that Fonda is essentially working against the script while Aldrich and Penn were working with it. This is true of Aldrich especially. Ulzana's Raid came at the tail end of one of the director's most stylistically flamboyant and provocative periods, yet it's clear that the director knows how good the material he's been handed is, and shoots it without flash and in the spirit of what's actually written.

Yeah, the back-to-back contrast between The Grissom Gang (visually one of Alrich's most audacious and loud films I think) and Ulzana's is really illustrative of the degree to which he's pulling back in the latter. All for the best though, as you say; it's really one of the great screenplays ever written. The Penn is invested a little more with a certain directorial style, but again the material is so strong and structurally intelligent that everything is pulled in the right direction.

We may disagree on The Hired Hand, but I don't argue with what you say here - Fonda clearly has no issues letting the terseness evaporate from paper to screen in order to indulge his end. Despite Sharp's presence being overwhelmed I still find it an incredibly moving experience taken purely as an exercise in ambiance.