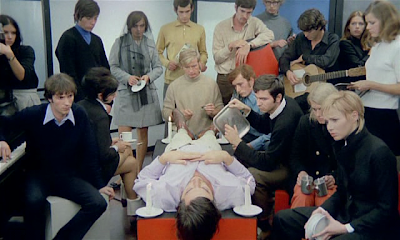 The late French author/screenwriter/director Alain Robbe-Grillet is probably best remembered within cinematic circles for penning the screenplay for Alain Resnais' arthouse masterpiece Last Year at Marienbad, one of the greatest endlessly debatable cinematic puzzles ever crafted. After publishing a handful of novels in the 50's, and making a name for himself with his Marienbad work, Robbe-Grillet then jumped into film directing. His third film (and first in color) is 1970's Eden and After, an enormously confounding and evocative head-scratcher that jumps from one stunning location to the next as its characters seemingly explore such concepts as the loss of innocence, birth and rebirth, obsession, fear and erotic power, en route to some deep personal revelations and possible transformations. Or of course it all could just be a really intense drug trip.

The 'Eden' of the title is in fact a university cafe - a large construct of "all glass and steel" - where a group of apathetic students apparently live, routinely indulging in transgressive behavior of all sorts; drugs, orgies, russian roulette games, inventing plays and stories and various other abstract rituals and activities to pass the time and give meaning to their dull lives. Visually, Eden is quite a sight to behold; a labyrinthine compound comprised of mirrors and glass partitions, and painted in primary colors; kind of like a Tati set on psychedelics. At times the camera glides throughout Eden while the students stand around like lifeless phantoms stuck out of time, and in these moments it's difficult not to think of the hotel and its denizens from Last Year at Marienbad. There is a sense of unpredictability and spontaneity to these sequences; we are seemingly dealing with young people who share a complete disregard for life, constantly living for only the moment, and it feels like anything could happen inside this New Wave haunted house.

One day, a mysterious stranger named Duchemin (Pierre Zimmer) enters Eden, and regales the students with his magic powers and tales of life in Africa. He eventually produces an African "fear powder" from his pocket, and one of the students, Violette (Catherine Jourdan), takes some of the powder and instantly launches into a series of terrifying and prophetic hallucinations. She engages in a mysterious dance while still on her trip, before eventually coming down and making plans to meet up with Duchemin later that night for a date. Here, the story now leaves the confines of Eden and we follow Violette as she gets lost in a mysterious industrial factory on her way to meet Duchemin. The line between reality and fantasy begins to blur as Violette thinks she is being stalked by her friends, who later claim to have been in Eden all night. She takes them back to the factory to show them the dead body of Duchemin, which she had found earlier, but that also has disappeared. Finally, a rare piece of art is stolen from Violette (her only possession), and that, along with a bloody postcard found in the dead man's pocket, sends Violette on a long, strange journey in Tunisia (the dominant setting for the film's second half), where she will eventually be kidnapped and tortured by Arabs for reasons that become increasingly muddled, as the narrative slowly begins to dissolve into a series of abstract and symbolic surrealist imagery that steadily becomes more and more difficult to decode. 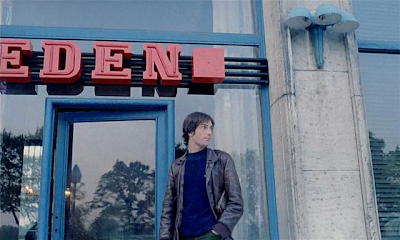 There is not terribly much written online about this film; but the handful of pieces I was able to dig up all seem to at least acknowledge the theory that I had formed around two-thirds of the way through; that the second half of the film (or likely everything after Violette takes the powder drug) is an intense hallucinogenic trip inside the characters head. The strongest hint of this is in the way that many of the minor actions and events that take place in the first section of the film (in Eden), seem to play out on a much grander scale in the Tunisia section. A play the students concocted earlier, involving poisoned water, replays as Violette escapes her Arab kidnappers; the important painting of a white and blue building - the one that's stolen from Violette and prompts her trip - seems to manifest itself in the architecture of the Tunisian city; and the wild dance Violette performs while on the drug in Eden is performed once again, this time in an extended scene set against a bonfire near the ocean to tribal music and clapping locals, the primitive, uninhibited flailing of Violette suggesting a mind and soul free of baggage.

The first change in setting after Violette takes the powder drug in Eden is to the ominous factory she becomes lost in; the cold blues of the lonesome machinery provide a chilling atmosphere that overwhelms Violette with trepidation, and could easily represent anxiety from her hallucinogenic trip settling in. Could the character of Duchemin possibly represent the ego? Only after his apparent death is Violette able to flee the gloomy, alarming factory setting to the serene expanse of the Tunisian landscape, where she is confronted by both sexual and philosophical obstacles, and ultimately liberated from both her physical and metaphysical bindings. And one of the final scenes in the film depicts a mysterious meeting between Violette and her double, whom she makes out with and gently caresses as she says cryptically in voice-over, "I found the sea again": a possible illustration that the Violette character has ended her journey with some kind of epiphany of the self; the type of profound self-realization that often accompanies an intense psychedelic experience. And indeed the precise nature of Violette's journey is one of the most resoundingly mysterious questions left in the air by the end; however whether her journey is on a physical, metaphysical or mental level may be besides the point. Possibly all that matters is that we understand Violette has undergone a deeply transformative experience. But even a pessimistic coda set back in the domains of Eden seems to possibly suggest that it may have all been for naught.

The fascinating thing here is that I somehow have a feeling that another viewing of Eden and After may very well yield an entirely different line of speculation from me, so complex and sinuous is its elliptical narrative. And while it's certainly plausible that this movie is a puzzle whose pieces simply aren't made to fit together, my initial reaction is that Robbe-Grillet has crafted an aesthetically and thematically rich and dense work that is imminently re-watchable, one resplendent with symbolism and sensual beauty, one that manages to deftly balance out its dark, haunting elements with a wicked sense of humor and a rambunctious, playful spirit. There is a sharp eye and a crafty, restless mind at work here, and it's the kind of cinema I thrive on. If, like me, you love Last Year at Marienbad and are interested in viewing some of Alain Robbe-Grillet's work as a director, then let it be said - Eden and After is a trip worth taking. 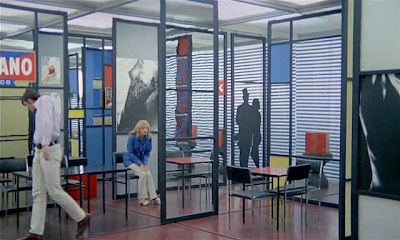 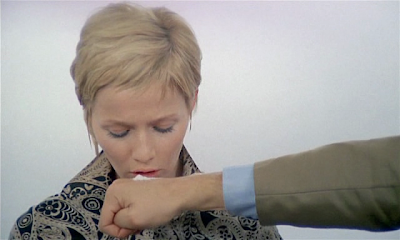 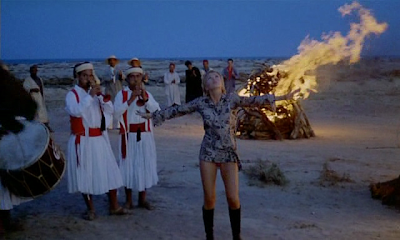 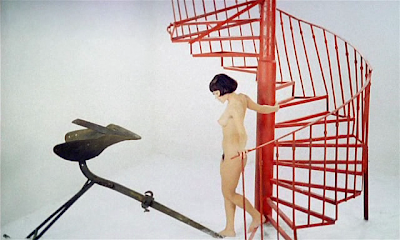 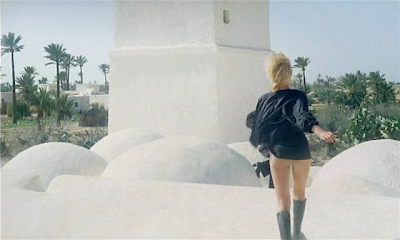 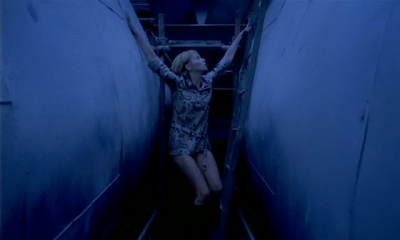 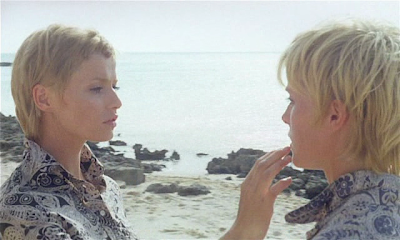 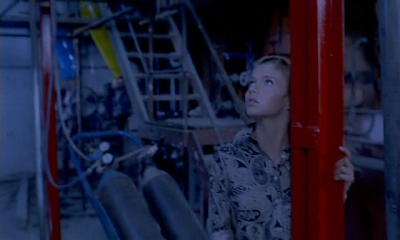 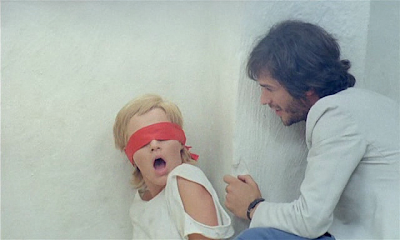 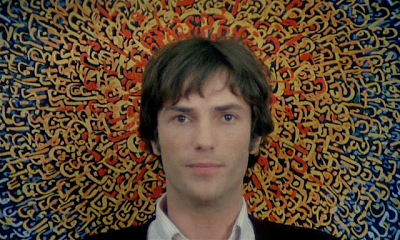 Posted by Drew McIntosh at 9:00 AM