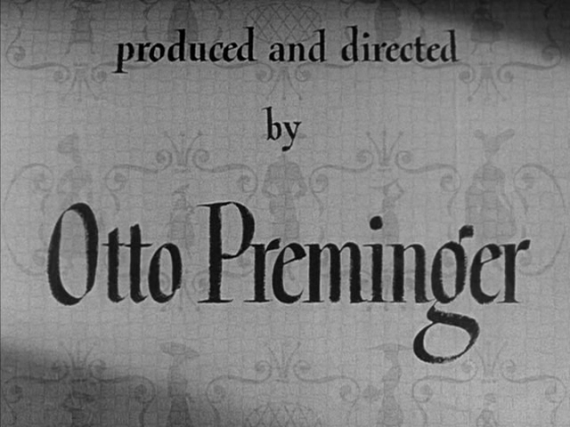 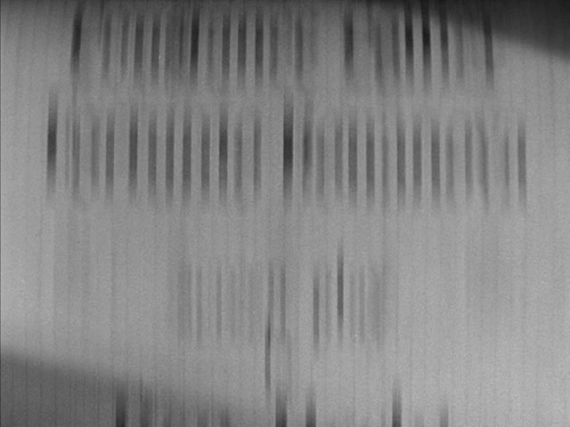 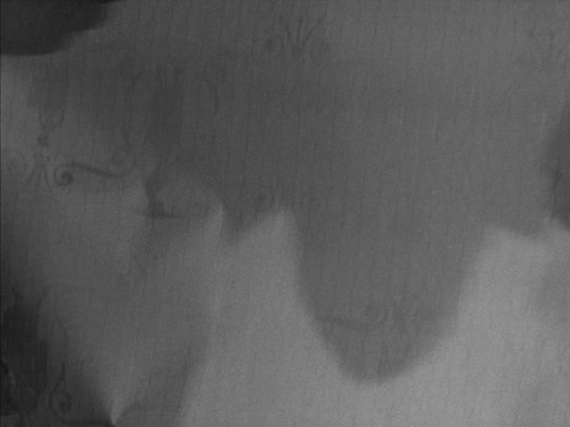 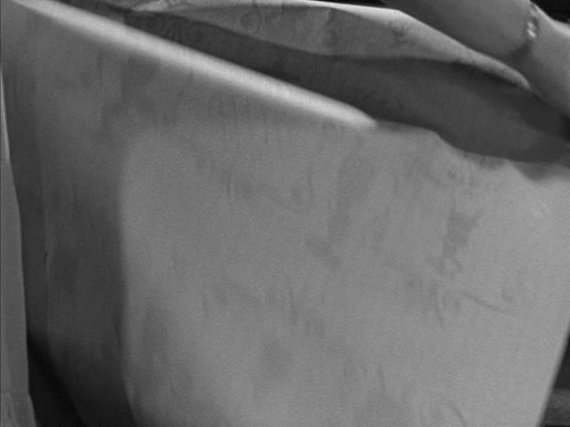 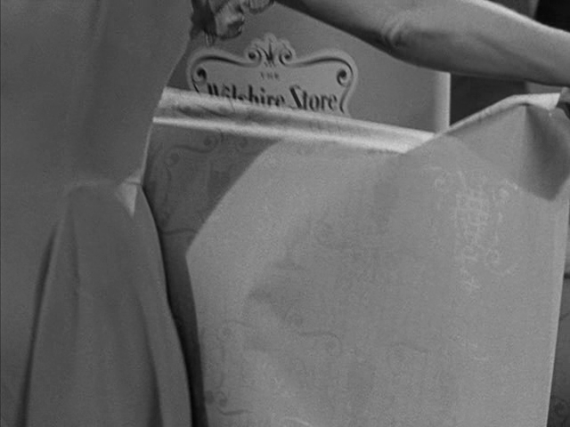 The opening credits of Otto Preminger's Whirlpool: printed on fancy paper, wound through the screen by some sort of scrolling mechanism. The camera then pulls back into the filmic world, where the credits paper is revealed as a sheet of gift wrap in the hands of an upscale department store clerk who begins spreading it out for use, after which it will presumably become a piece of trash. In this same store, Gene Tierney's not-so-happy homemaker and covert kleptomaniac is caught boosting a pricey piece of jewelry, and, soon after, pens a hasty confession note meant for her husband, but thinks the better of it and tears it up. And just a little later she writes a check for a sinister man to keep quiet about her theft; it too becomes ripped into pieces. It's a film that in so many ways eventually takes as its very core the maintenance of appearances, and yet Preminger in these early moments has already sown the seeds of tension through this subtle nudging towards a sense of self-negation.

Forever perched high on the pedestal of "ambiguity" by auteurists, Preminger is probably an underrated director of sheer terror - there are so many moments of it in his work. It's something his style is perfectly suited for, as the horrors are allowed the space and distance to mingle with the mundane, to infect, subvert and swallow it in fell swoops. The crucial sequence in Whirlpool is a remarkable series of fluid long takes depicting the midnight-hour possession via delayed hypnosis of Tierney (rupturing another expressive use of paper, this time an abandoned love letter), charting an entranced trek across town to take her place as patsy at a murder scene. As a formalist coup it's part and parcel with the most striking of Preminger's cinema, and as a depiction of one of the scariest of all propositions - the loss of self-agency - within an unbroken visual and narrative context, it's fairly unparalleled within my viewing experiences.

Whirlpool seems settled nicely in the Preminger critical narrative as neither his best day nor his worst. I wouldn't argue - the second half which is almost all Richard Conte and little Tierney flattens out pretty quickly - but I'll give the last word to Jacques Rivette, one of Whirlpool's staunchest defenders:

"I believe more and more that the role of the cinema is to destroy myths, to demobilize, to be pessimistic. Its role is to take people out of their cocoons and plunge them into horror...More and more, I tend to divide films into two sorts: those that are comfortable and those that aren't. The former are all vile and the others positive to a greater or lesser degree." 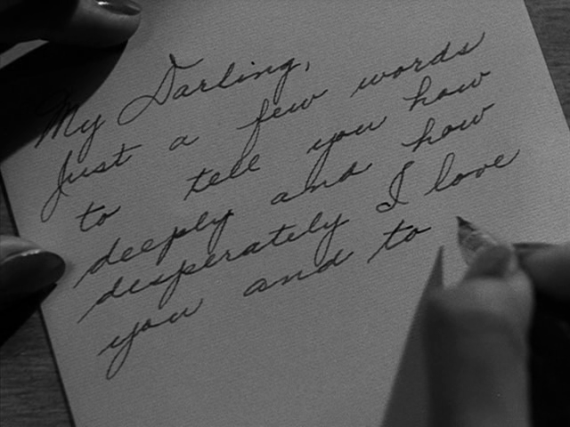 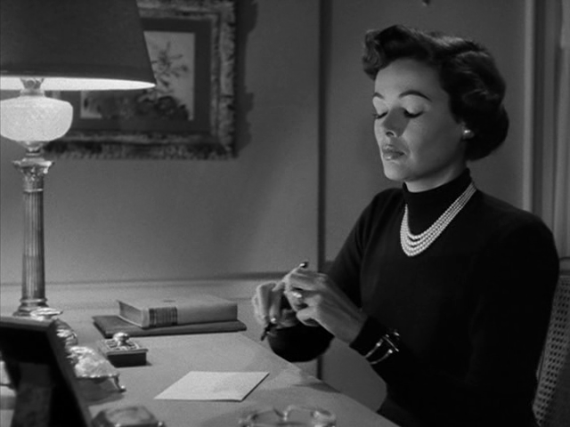 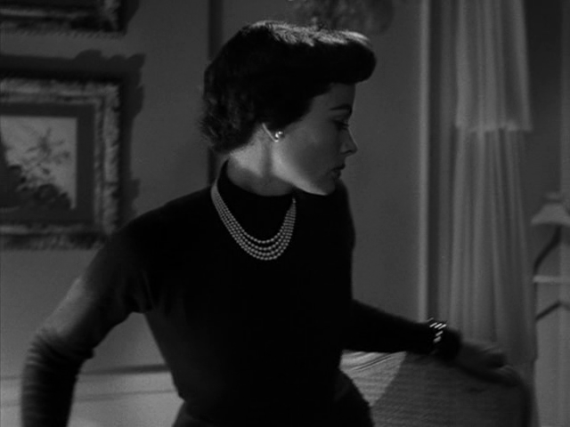 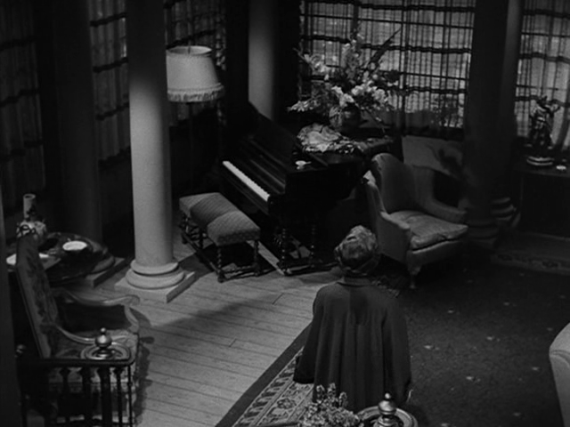 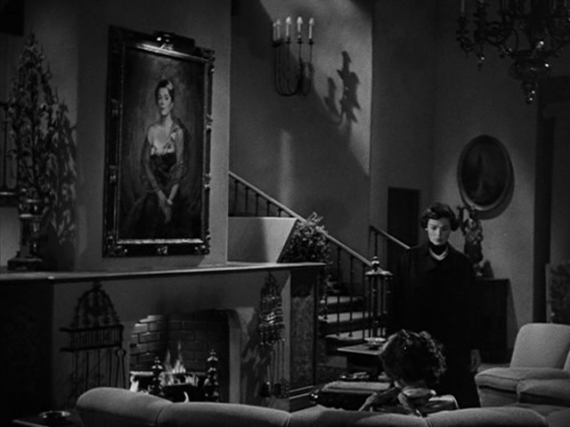 Posted by Drew McIntosh at 1:45 AM