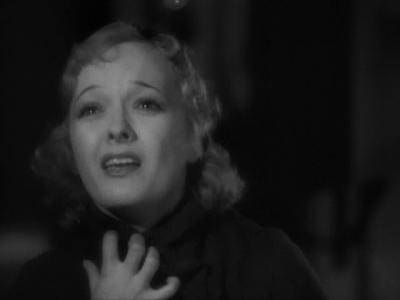 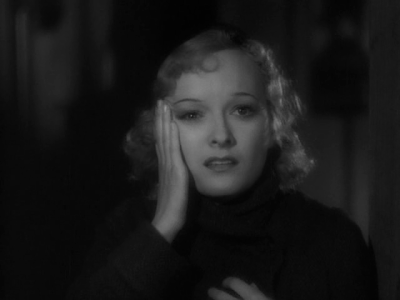 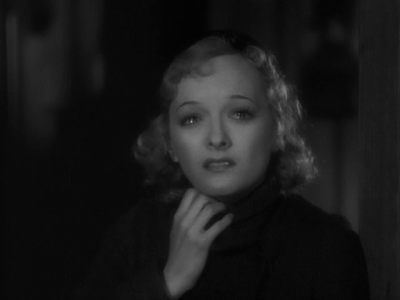 Lately I've been working on filling in some holes in my John Ford viewing, which there are sadly way too many of, and one of my most pleasant discoveries yet is his 1933 film Pilgrimage, starring Henrietta Crosman as a crotchety and bitter small town Gold Star mother who makes the titular trek to France to visit the grave of her son who died during combat. It's quite a nifty and frequently enthralling piece of filmmaking, switching modes often and at the drop of a hat, morphing from domestic chamber drama to tragic love story to an overseas comedy of manners to finally becoming a redemption piece, Ford's deft touch and Crosman's endlessly witty performance giving the whole thing a remarkably cogent feel. Aside from the motley narrative, there are plenty of interesting things going on visually in the movie, and in particular I found the opening 15 or so minutes, taking place on Crosman and her son Jim's (Norman Foster) Arkansas farm home, to be the most arresting. Aside from the evident riffs on Murnau that take place, there is an incredibly odd, almost insular bubble-type quality to the way Ford shoots the pair and their neighbors working on the land, as if they are the only humans left on the planet or something.

Anyway, my favorite moment in the film, the one that struck me the most and the one that the three shots above are from, takes place about 20 or so minutes in. Jim, after having already been shipped to war, gets a quick visit with his girlfriend Mary (Marian Nixon) during a brief stop at a train station. Mary reveals that she's pregnant, and Jim pleads with his superiors to give him additional time to go and quickly get married, which he is denied before promptly being wrestled back onto the train. And here the camera cuts to Mary's face as she stands alone on the platform, anxiously watching her lover board the train. He screams out that he's sorry, she screams back not to worry and to write when he can. Neither of them know it will be their last time seeing the other. The camera continues to stay on Mary's face as the commotion reaches a pinnacle, and the train begins to chug. The chugging accelerates, and we can hear the train moving along now, but the camera stays on Mary. She clutches her face and seems overcome with grief - maybe she does know it's the last time they'll see each other. We now hear the train moving along even faster, horn blowing as it shoves off further out from the station, and a weird tension quickly develops because it really feels like the editing should cut to a shot of the train departing, but Ford is relentless, and the camera stays on Mary. Tears have welled up heavily by this point, and just as it reaches an almost unbearable level, the train - way off in the distance by now - toots its horn one more time, as if to give a final goodbye, before Ford finally relieves the suffering with a fade to a war bunker.

Ford's impulse to fix the camera on Mary's face for the entire duration (nearly a whole minute) is brilliant and heartbreaking, elevating into the realm of aching poetry a moment that in the hands of most would serve as mere melodrama. What a scene, what a movie. What a director.
Posted by Drew McIntosh at 8:00 AM