"Just try not to think about it" - Lodge Kerrigan's Claire Dolan 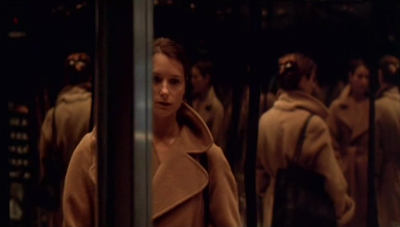 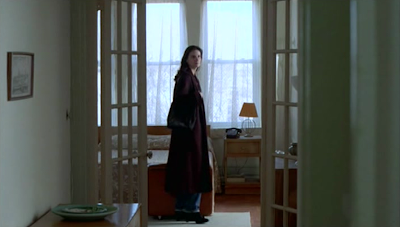 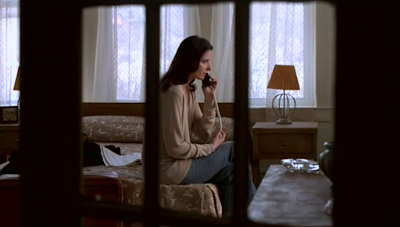 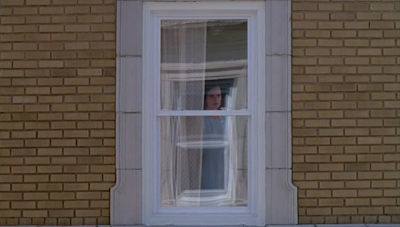 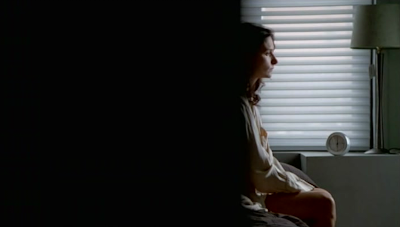 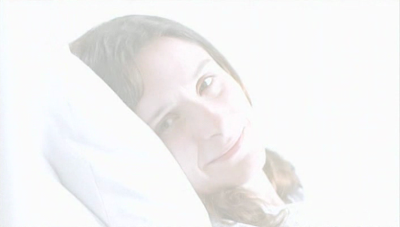 With its icy formalism, its laconic, flat dialogue delivery and despairing piano dribblings, Lodge Kerrigan's extraordinary Claire Dolan seeks to inhabit its protagonist's dire psychic milieu as intensely as his previous debut Clean, Shaven. That excellent first film utilized the meshing of a disconcerting editing style and abrasive sound design within a rigorous compositional framework to thrust the viewer into a subjective account of chaotic and self-destructive mental illness. Fragments of a story hover around the periphery, bits of character history is doled out, but Clean, Shaven remains much more a sensory experience than a narrative one.

And so it should again be said that if we are presented with a somewhat more traditional sketch in Kerrigan's followup, it is not because we are dealing with a lesser sense of headspace. Claire Dolan is a prostitute, has been for a long time, and in fact indications suggest that she inherited the profession she grew up around. In short, a human thoroughly entrenched in a system that operates on the currency of hollow gestures and sentiments. Words in her life have become meaningless, nothing more than deadened sounds of barter, cold poker chips. And the spaces around Claire, far from forgiving, are sleekly ominous modernist prisons that enclose, fragment and abstract her time and again with their reflections and frames within frames within frames. Cold neutral areas within which meaningless fucks and news about sick loved ones are delivered and carried out equally with the same cool nonchalance. Just as the filmic sounds and textures of Clean, Shaven were founded in Peter's hallucinations and erratic desperation, so too does the mise-en-scène of Claire Dolan account for, in the most precise and effective of ways, its title character's isolation, disenchanted communication, and the profound loneliness and sadness that defines her neutral march towards death.

Katrin Cartlidge's empty stare represents a soul slowly shaved down by the years, yet Claire finds solace in the sight of a child in a park. Children are redemptive forces in all of Kerrigan's work (an estranged daughter in Clean, Shaven; the proxy of one in 2004's Keane), and the idea of one here is enough to inject Claire's face and actions with fitful gleams of that which may only hesitantly be called longing. Her first impulsive attempt at escape early in the film is doomed from the start, but a child paves the way for a clean break, for a new life. But people don't change overnight, and Kerrigan, a trenchant, honest humanist, does not give us the pat ending we first suspect. In fact, if Kerrigan's other two movies can be said to resolve with ambiguities that feel conclusive, or tidy untidiness, then Claire Dolan, in its final fade out to white, offers up a deep uncertainty under the veneer of resolution. It's a tremendously complex and open ending, a loving look away, a tacit admittance of skepticism that, in its sheer lucidity, lacks in his other two films. It feels like the most honest, daring moment in any of his movies, the one that was simultaneously the most painful and gratifying to shoot. And the short coda that follows it, at first seemingly insignificant, now feels perfect and perfectly composed, both affirming and potentially shattering. What is clear is that as a mother, Claire Dolan has no less than the entirety of herself to give. How much of that remains, and whether or not it's enough, that's what we're left with.


(If the above thoughts seem rather scattershot, I apologize. I watched Kerrigan's three features only in the last week, but they have stuck with me a great deal and I've been thinking about them all, particularly Claire Dolan, quite a bit. This post was just an attempt to get some of my brief and immediate thoughts down in writing. I look forward to wrestling with these movies further for some time to come. Kerrigan is an excellent filmmaker.)
Posted by Drew McIntosh at 3:15 AM

I want to see this movie so bad but it doesn't seem to exist on region 1 DVD. Criterion where are you when I need you!

Mike - New Yorker released the movie on a region 1 disc a few years back, with sparse extras. It would definitely make a fine addition to the Criterion line.